A picture is said to be worth a thousand words.  I certainly hope that is true of this set, because this experience felt beyond words.  When the St. Louis Blues recently won the 2019 Stanley Cup after a long 52 year wait, the city parade was sure to be one for the books. The last official estimate I saw for the crowd this day was 390,000.  The sidewalks were jammed packed, sometimes 40 people deep.  My family stayed the night in a hotel downtown and my boys were on Market at 6:15 am to have a spot for us to experience it all.  The media was everywhere, including on a rooftop behind me when the crowd was yelling for them.  While I secretly wished I too had a press pass, after this, I realized experiencing it with the crowd and my family was the better story. 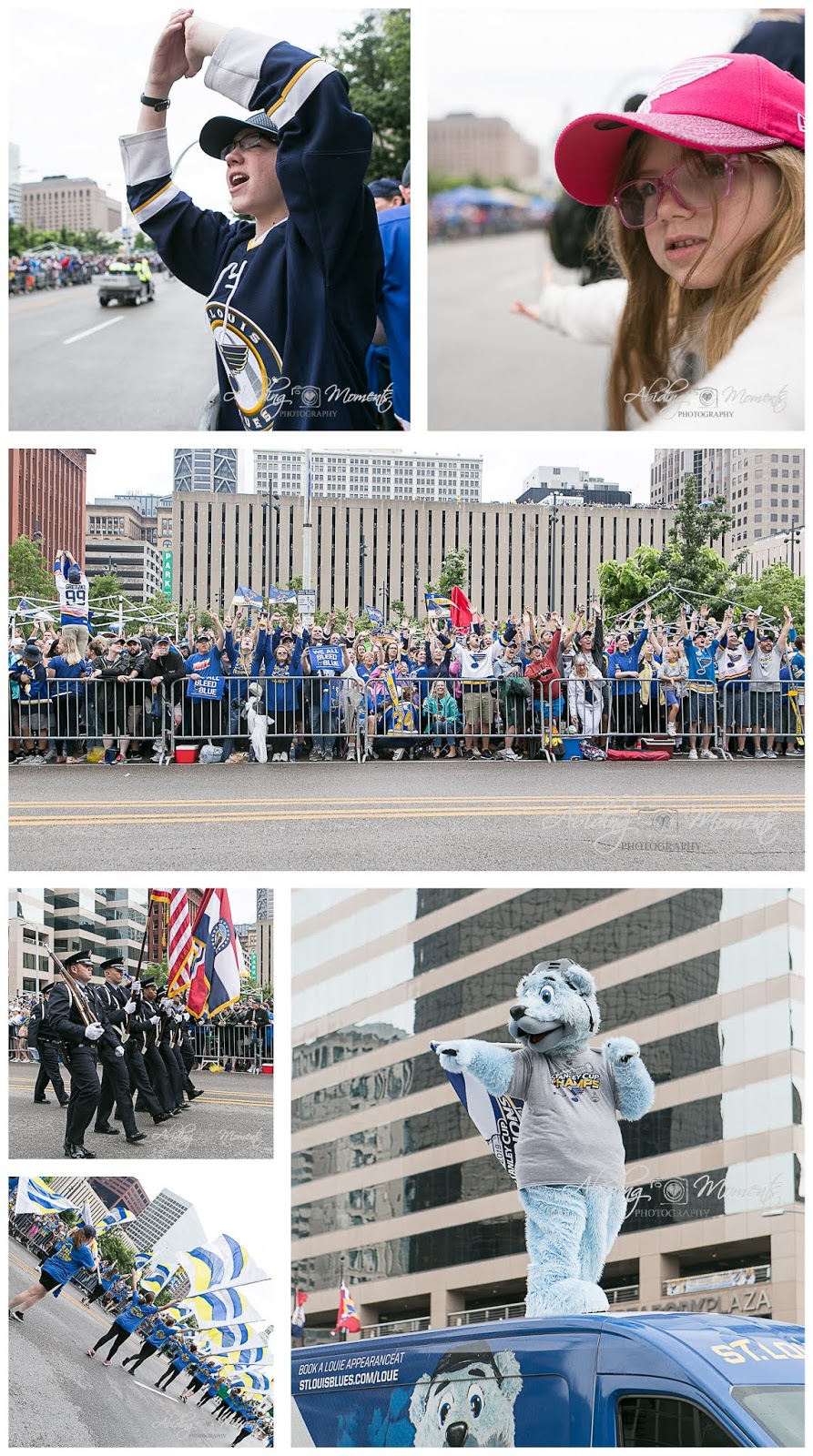 This celebration wasn't just about the team that won The Cup; it was about the people that supported them getting there.  Key players like Laila, our infamous "Towel Man", alumni players and more. 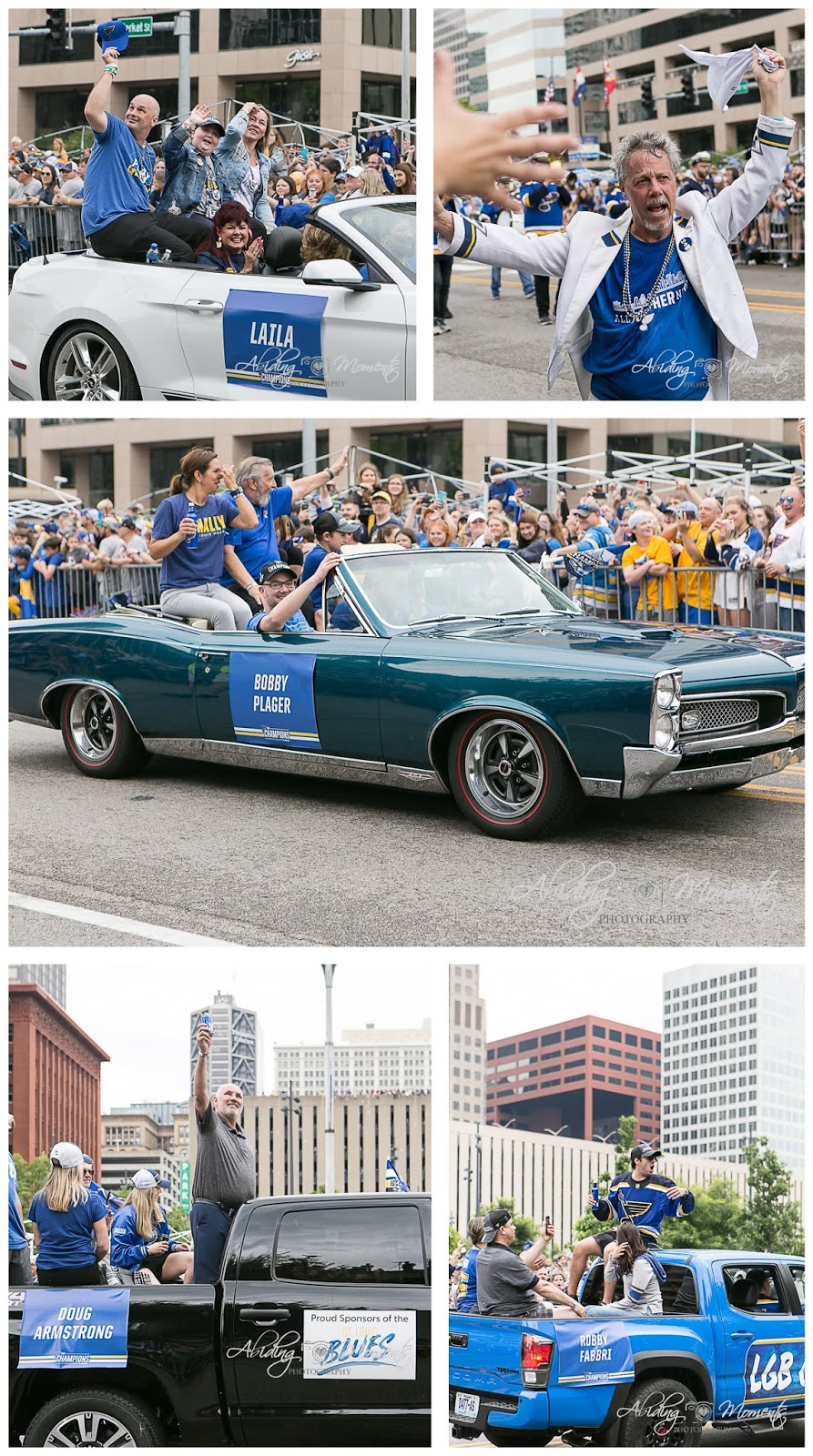 I needed more than just shots of players.  I needed shots of us too, and I made sure to even grab a selfie thanks to my sister-in-law.  This day was one for the history books in more ways than one. 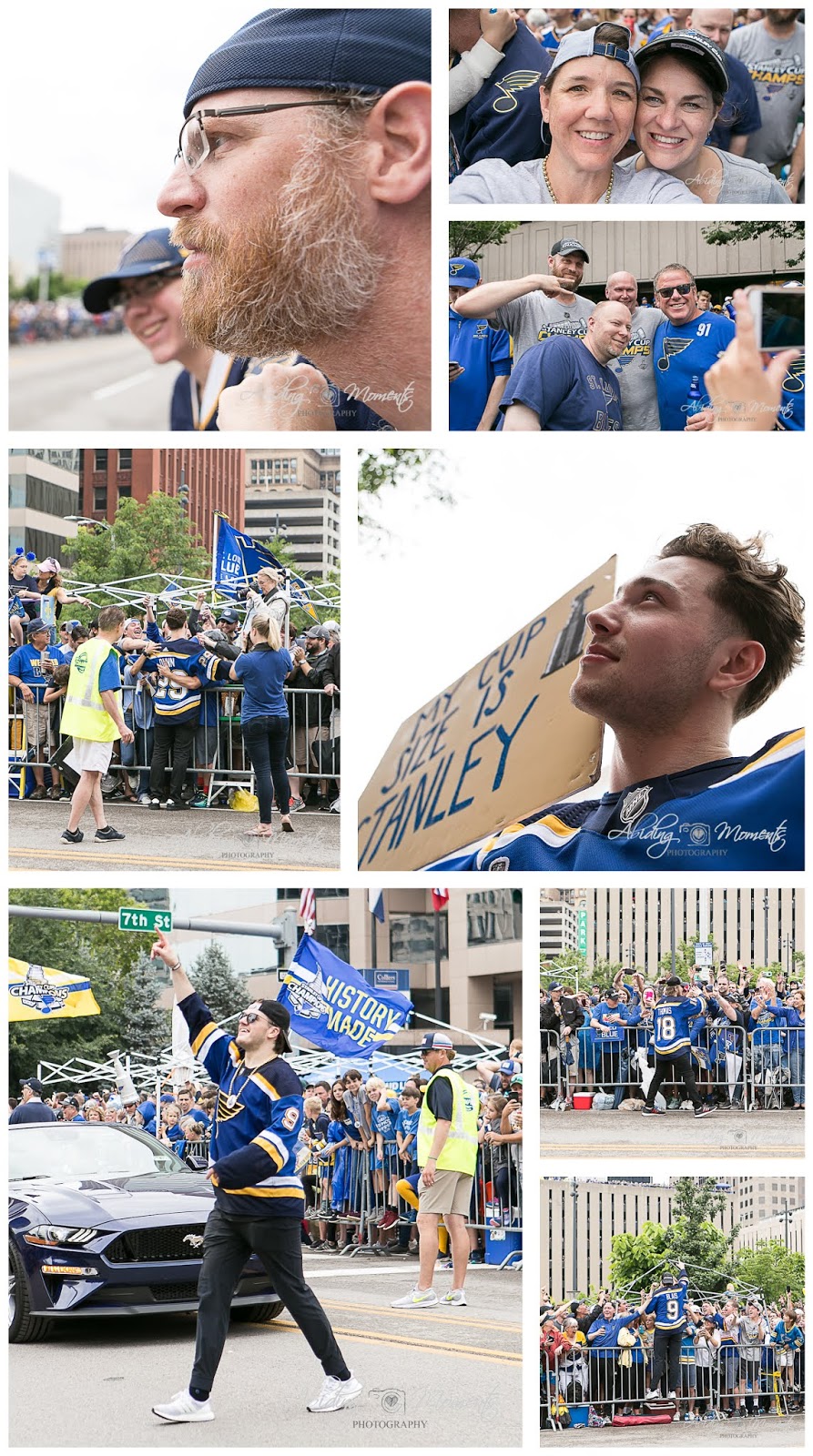 The players excitement and willingness to be a part of the celebration is what made the experience what it was.  Many players came right up to the barricades to celebrate with the fans.  And my son wasn't shy about requesting selfies with players. 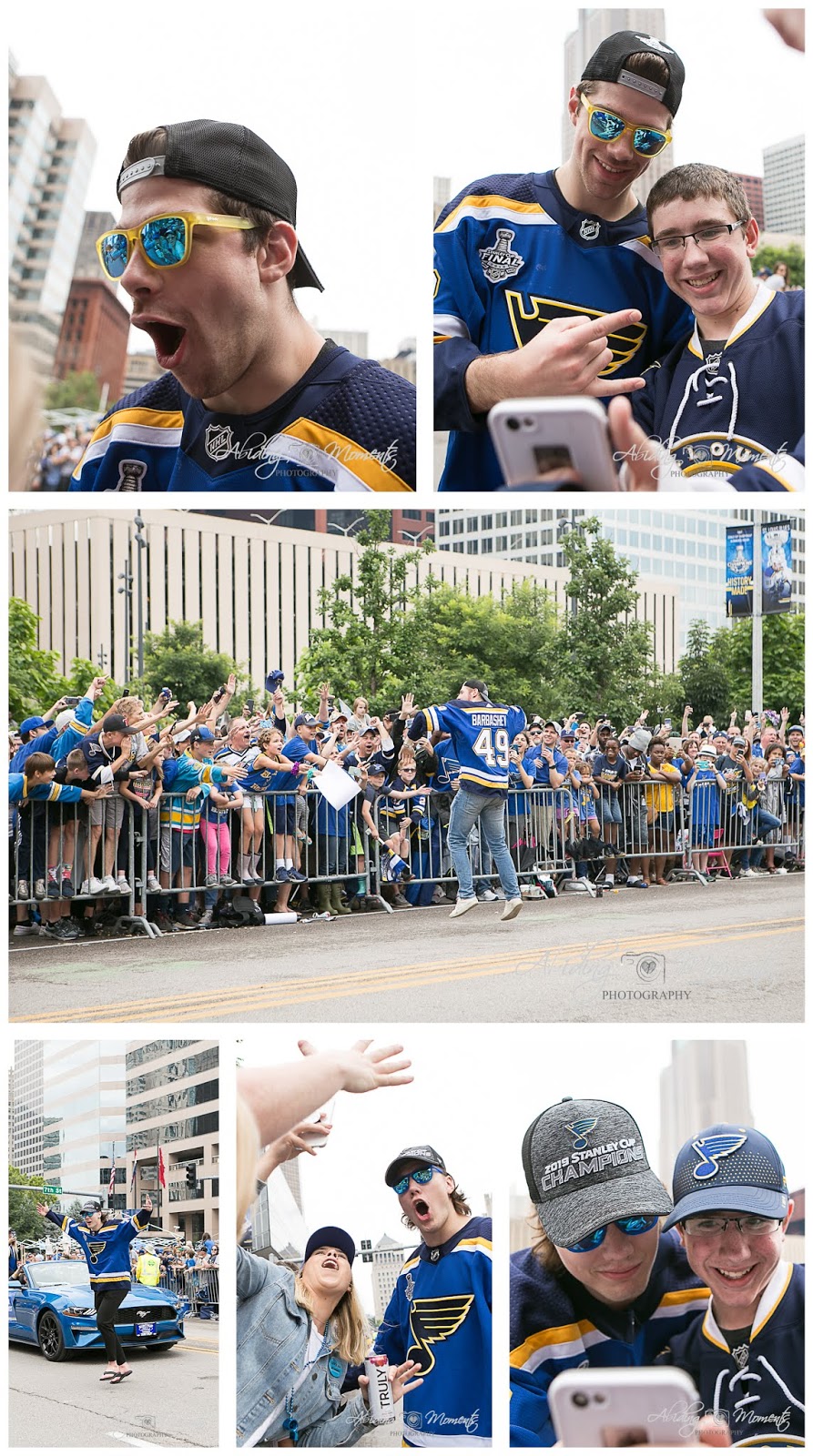 Many of them stopped to sign memorabilia, give high fives, and ramp up the crowd along the parade route.  Most of them were out of their cars walking for the bulk of the parade.  My sister-in-law even got a necklace off Edmunson for a friend's daughter. 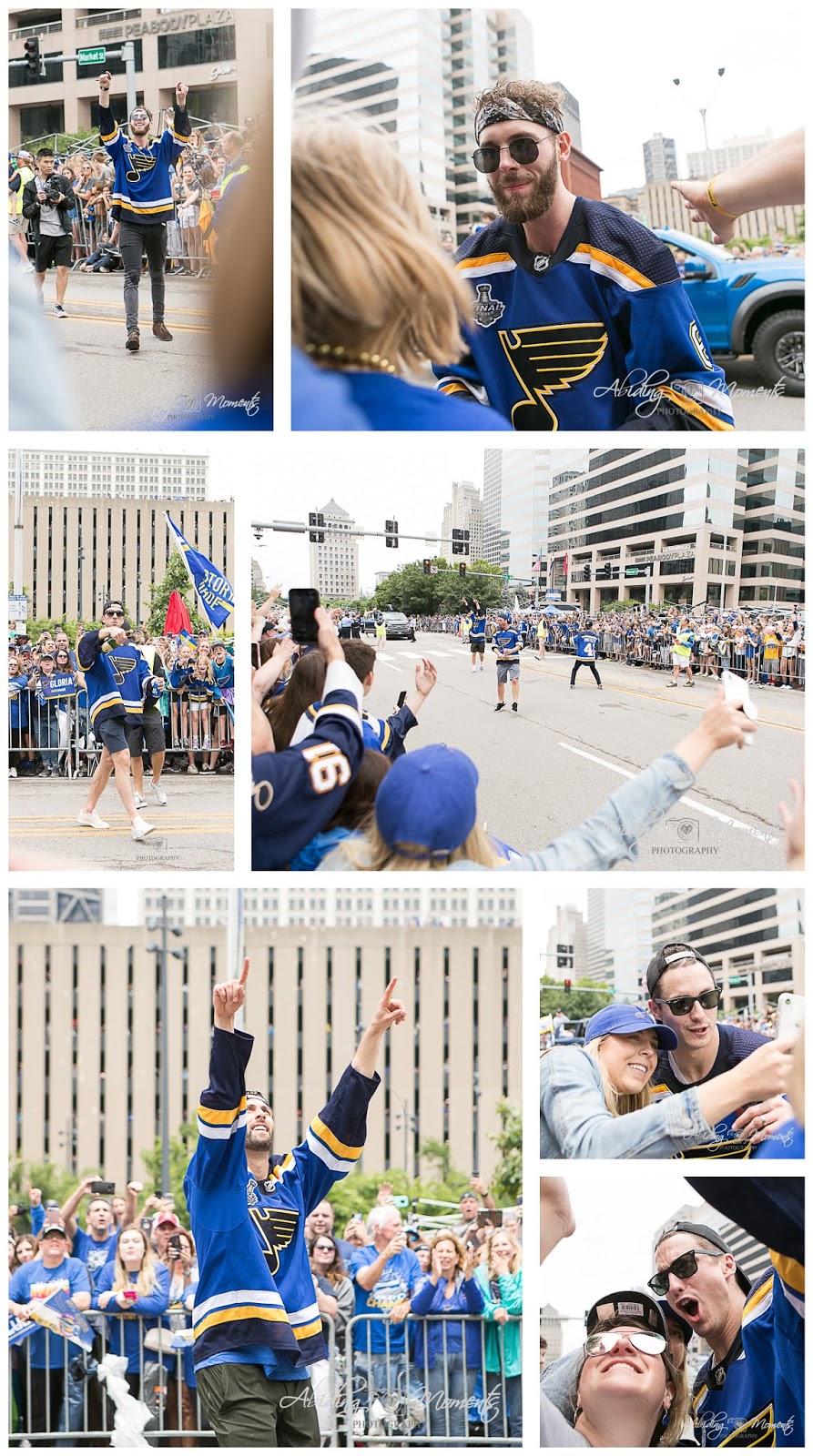 Our group got the attention of Tyler Bozak's wife, Molly, and she was pretty sweet with their little one.  She set her down where she took a string of steps and it was clear that their excitement was about more than just our city winning the Stanley Cup. 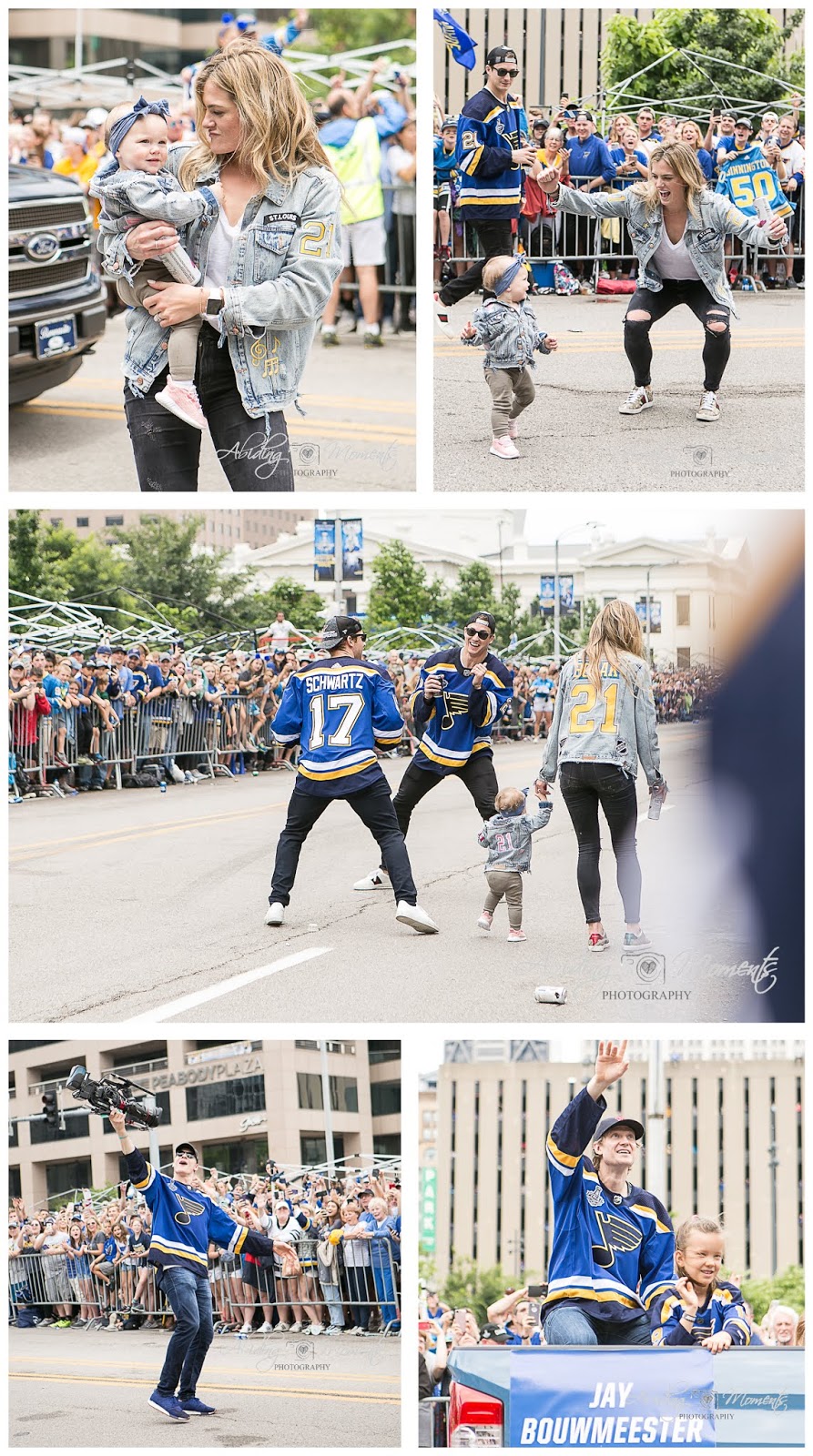 It was fun watching Parayko with the media's camera getting selfies with the crowd and Bennington (in our house, known as Mr. Do-I-Look-Nervous) as he walked with a local high school band.   Then local player, Pat Maroon, surrounded by media at every step, brought the Stanley Cup to our section and held it up for all to see. 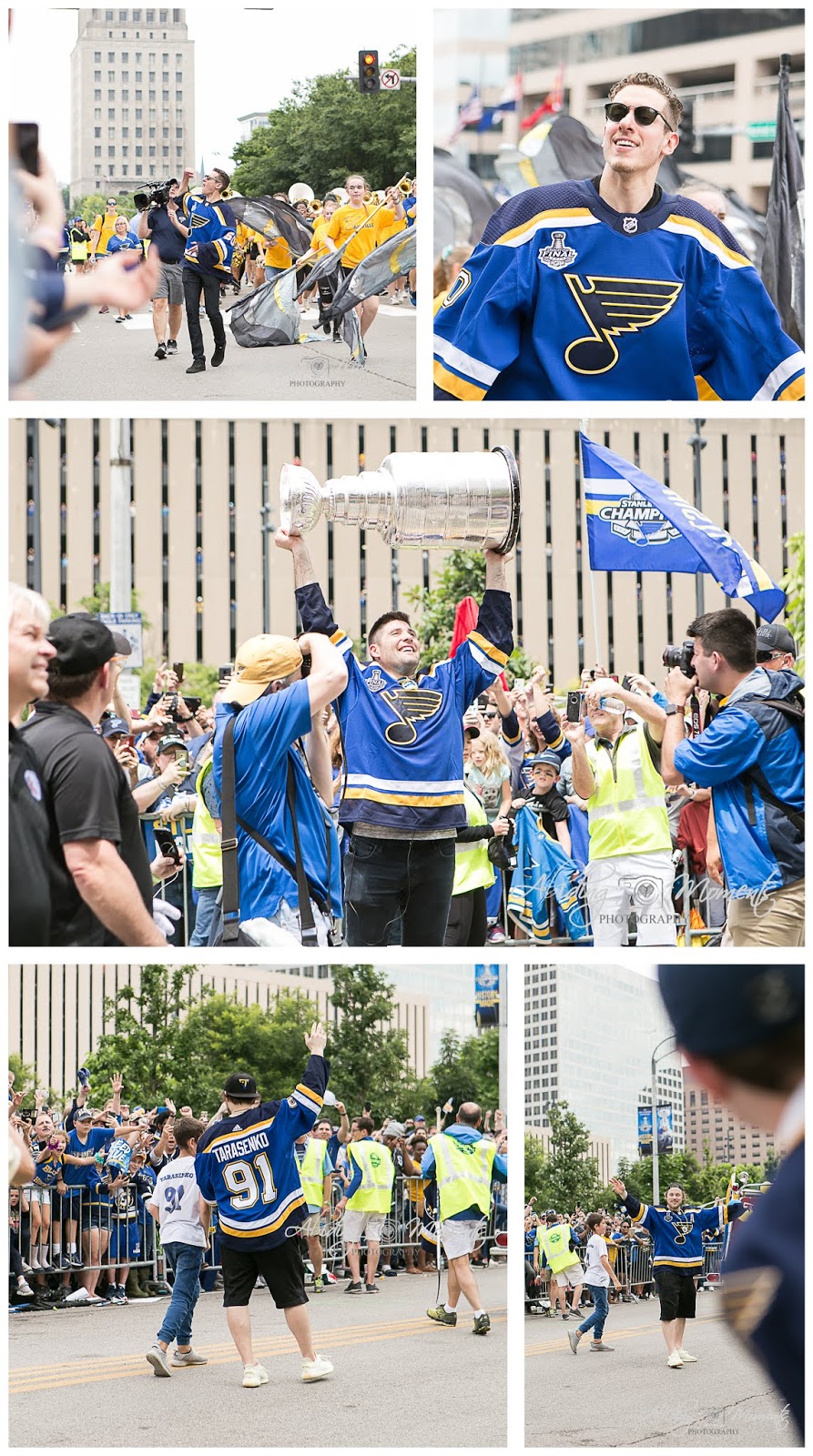 The selfie below, while not the best, is my absolute favorite.  Petrangelo's crew smiling over his shoulder and his hand on my boy's shoulder was worth a million bucks to this Momma. 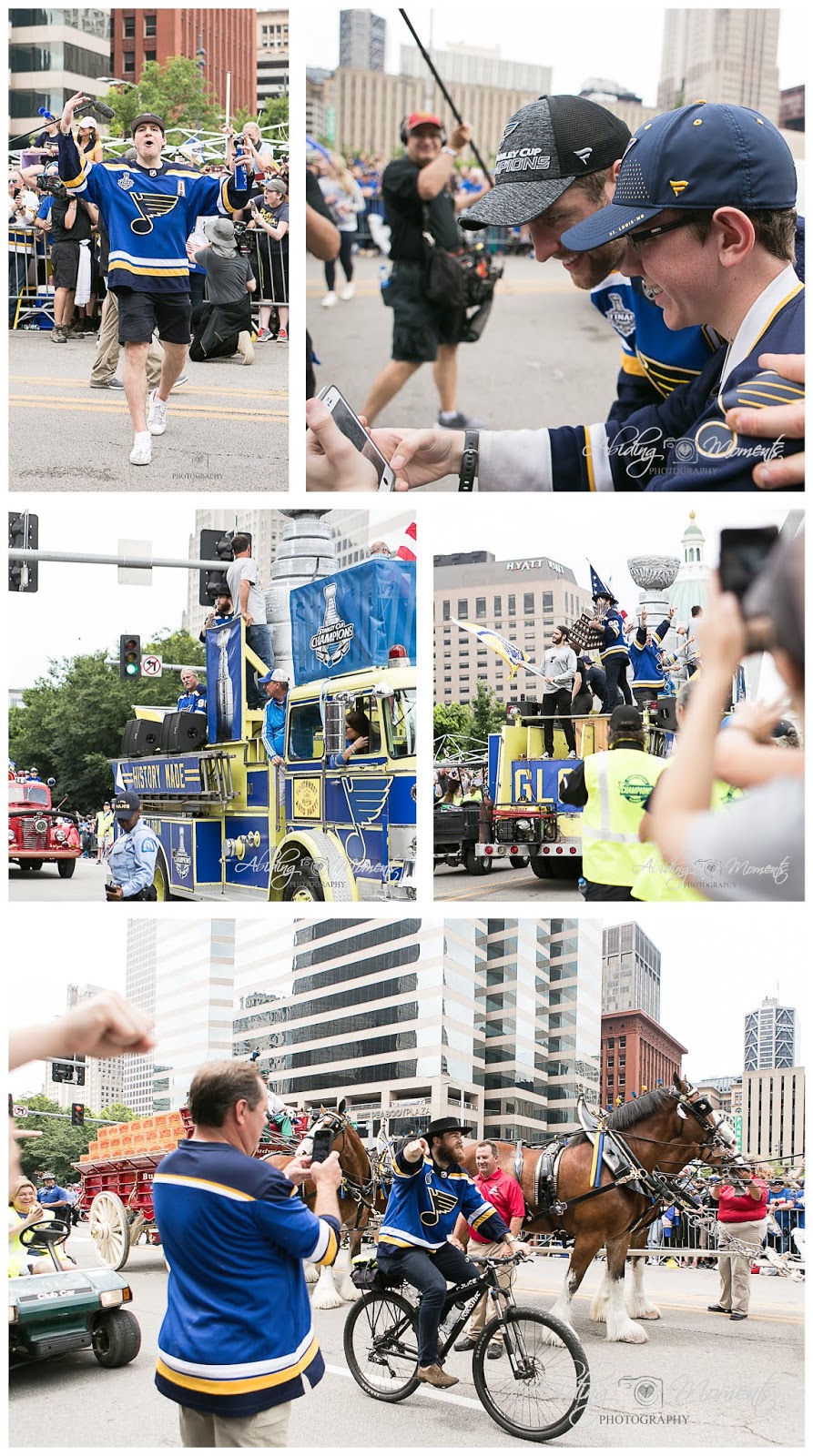 And as a final wave out, Conn Smythe MVP winner Ryan O'Reilly's speech from the float left my husband knowing exactly which player's jersey was going to be his Father's Day request.

This was certainly a once in a lifetime experience and truly unbelievable.  And even though this was out of my element, I am so thankful I said yes to getting to be a part of experiencing it with my family!