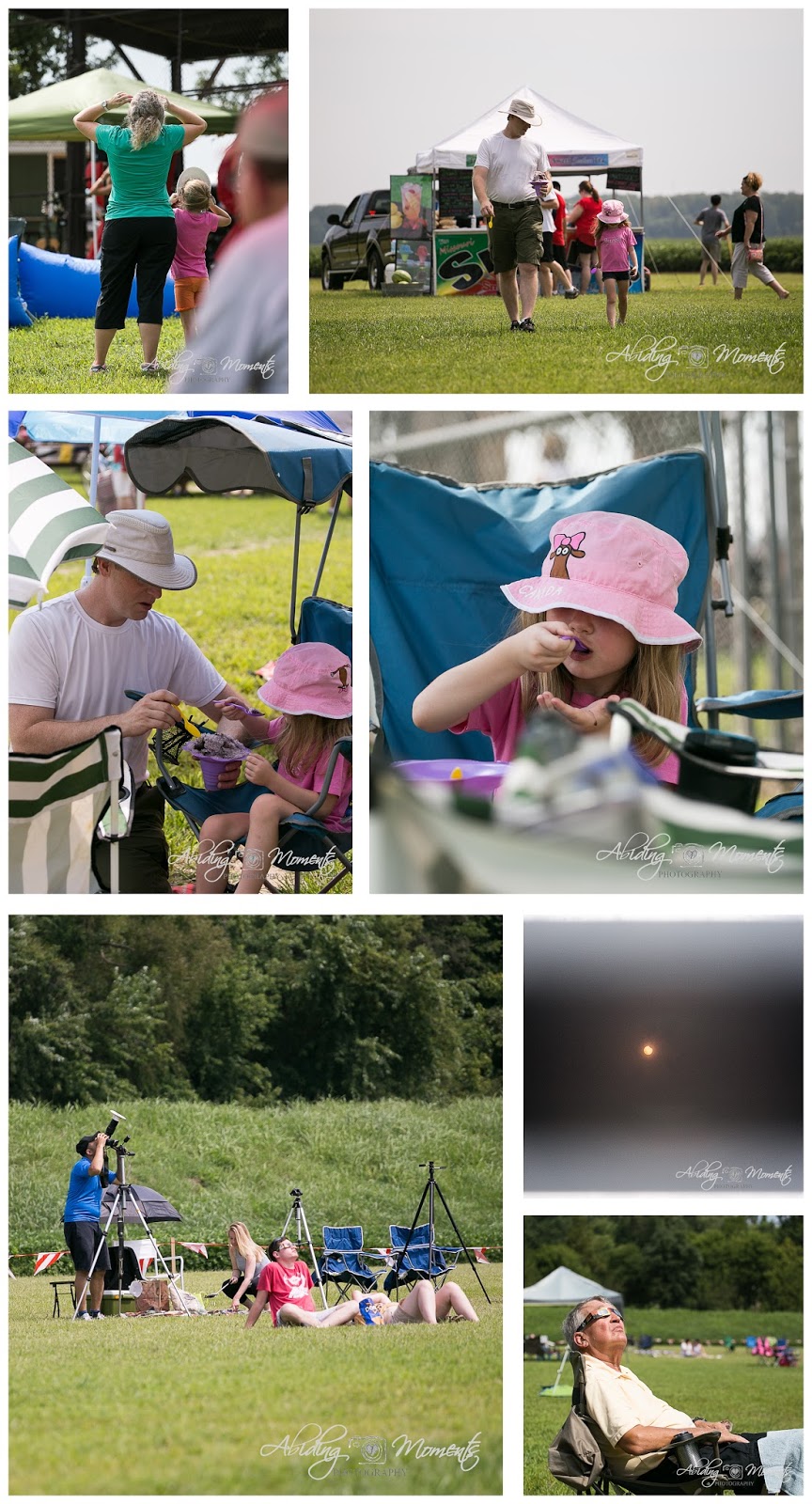 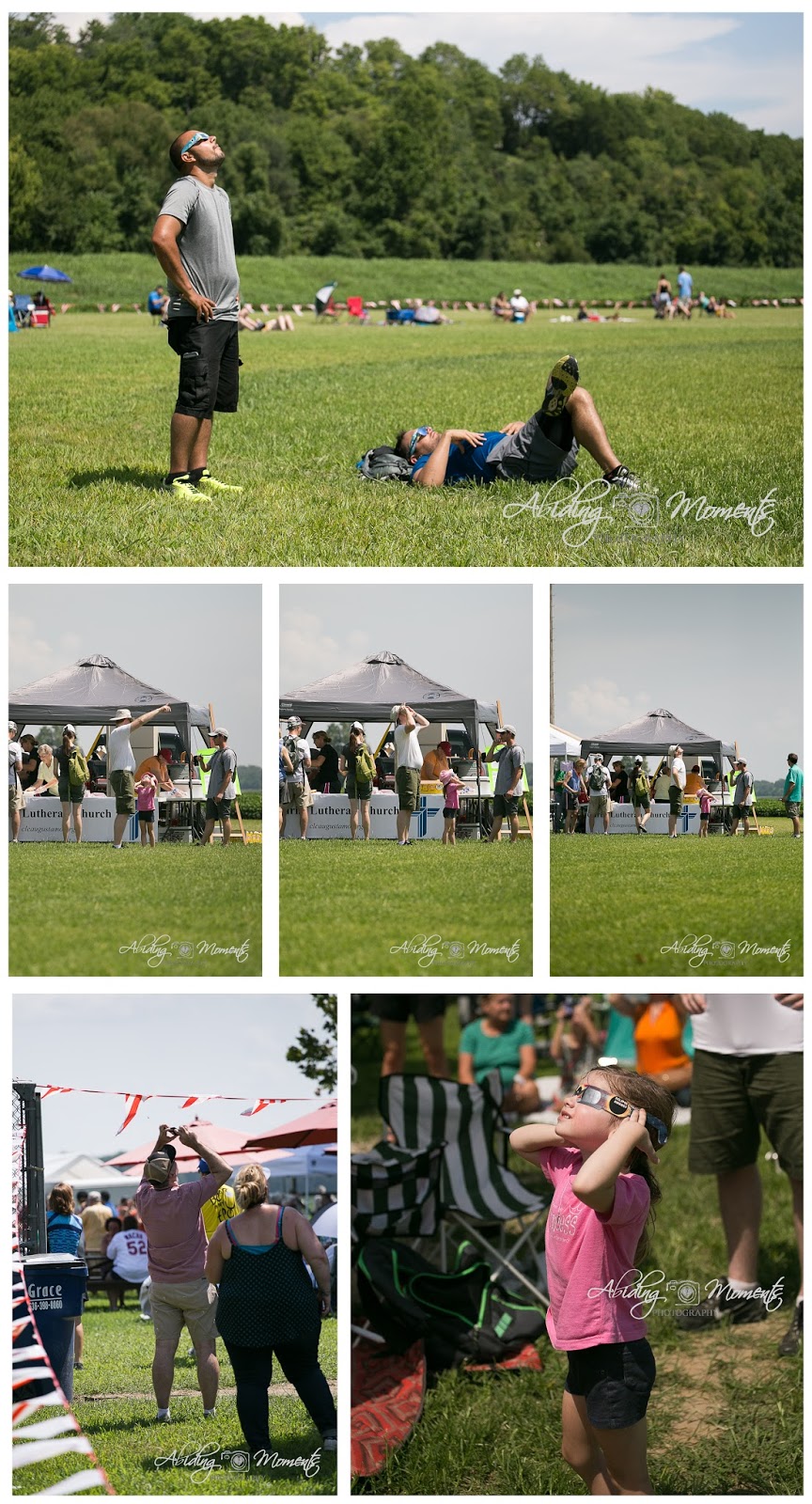 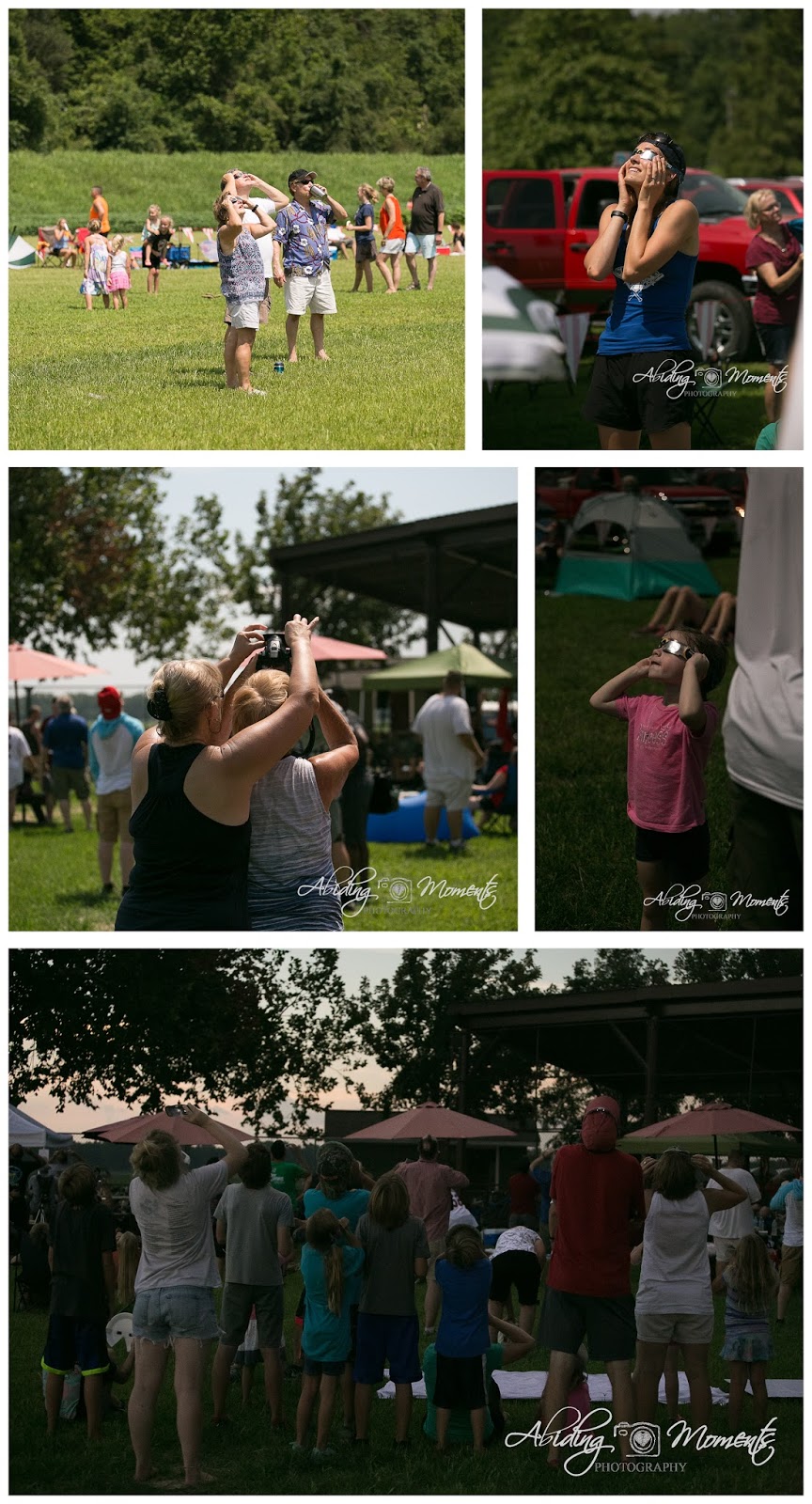 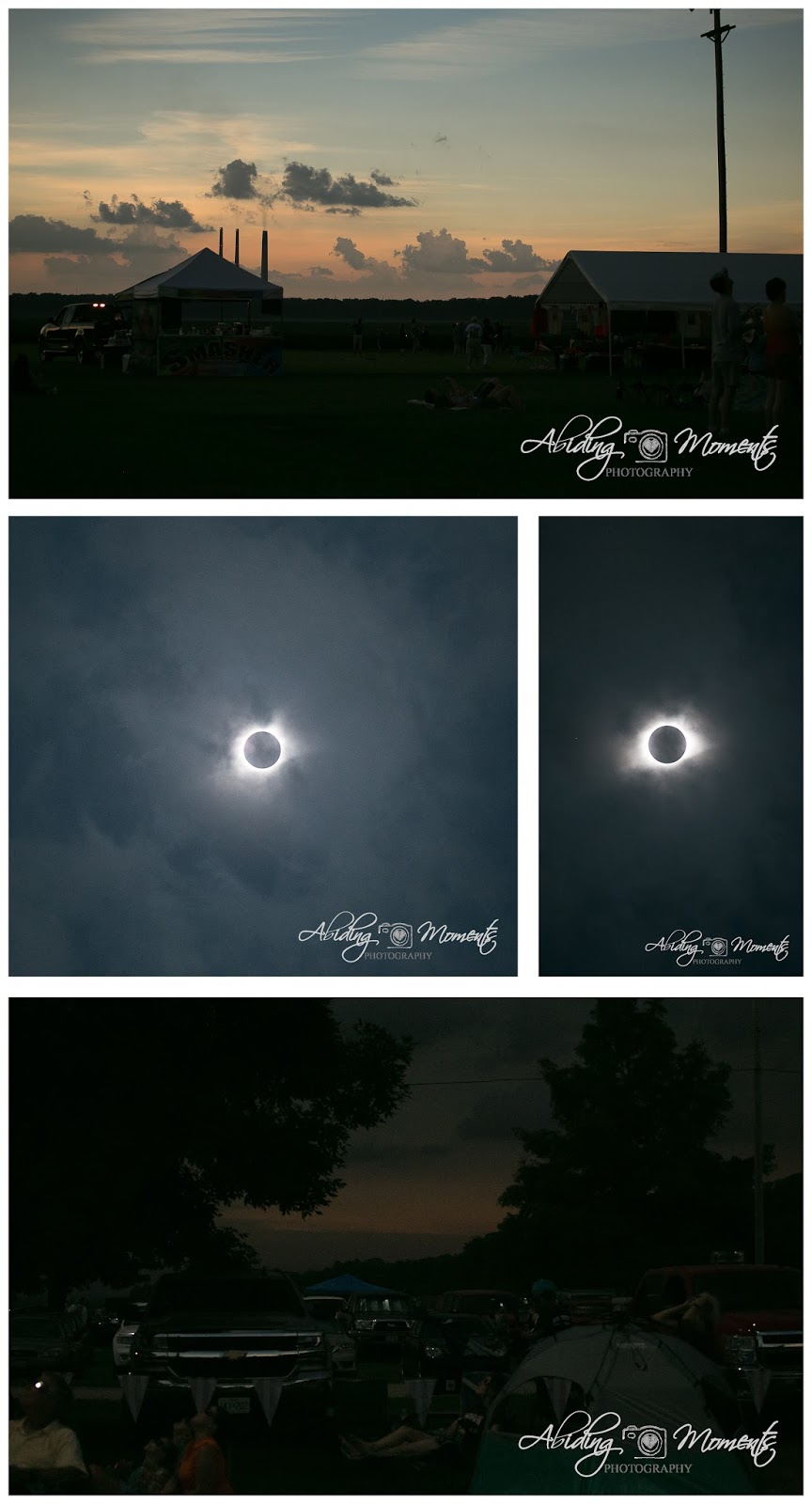 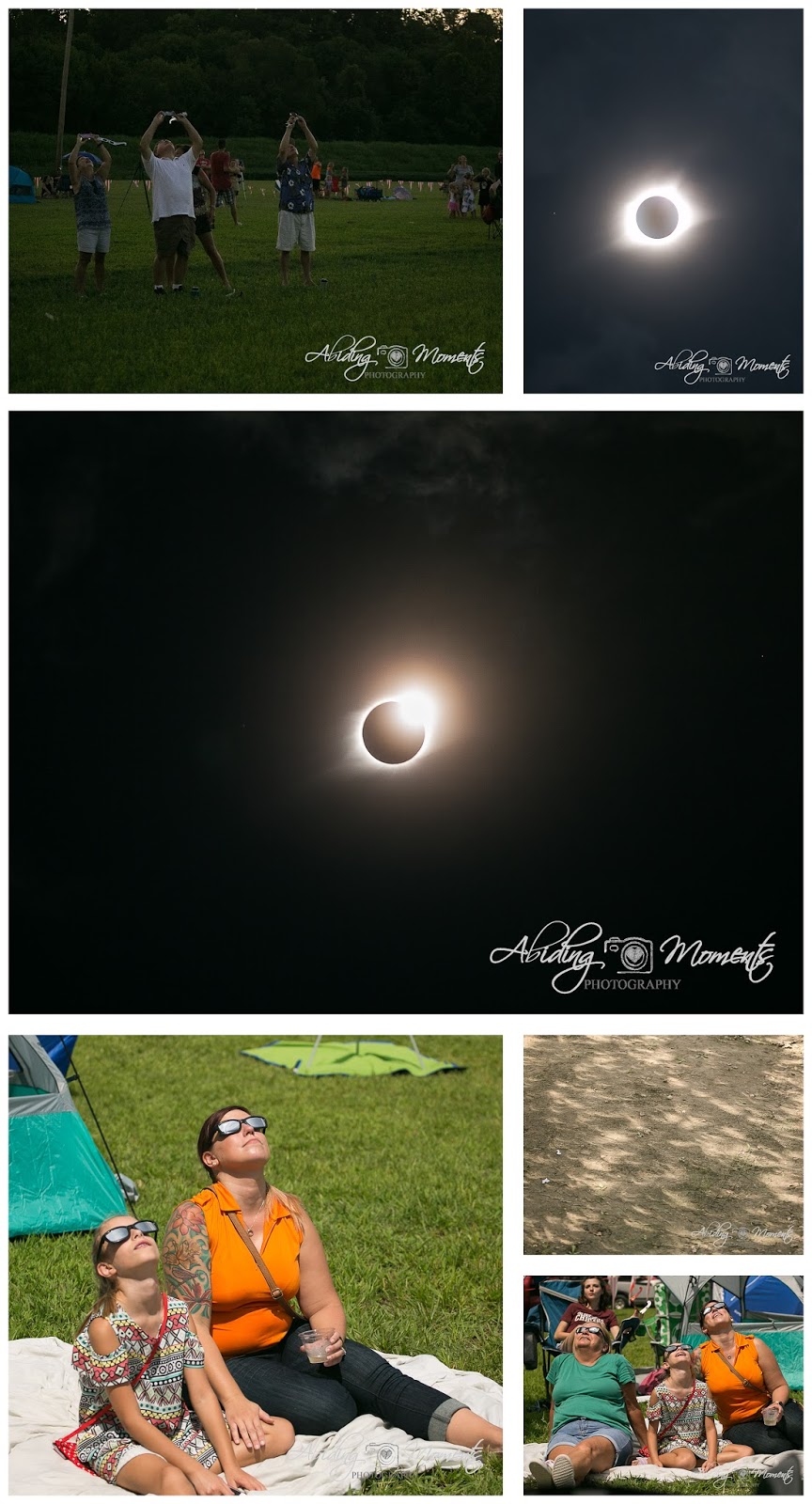 August 5-on-5: Getting Real

So, it's August.  That's crazy.  How did that happen?  Summer just started, didn't it?  Didn't I just have to set down some new rules for how to manage all of our free time (and save my sanity)?  And now - it's ending?  It just doesn't seem possible.

It also doesn't seem possible that school is a few weeks away and my husband and big kid are prepping for their 6th Moonlight Ramble (a yearly midnight bike ride downtown sponsored in our area each year).  To get themselves ready for their 10 mile ride, they decided to take a trek around Creve Coeur Lake for the evening.  My girl and I tagged along and my husband said he figured I could bring my camera and we could play.  While a sweet thought, I almost left it at home.  My back log is terrible and thinking of adding more to the list seemed like a bad idea.  But, I decided I would rather take it and decide against it, than the other way around.  I'm so glad I did.

I want to get real for a minute, because sometimes it's easy to overlook and think that pretty pictures mean life is perfect.  I had no big plans for these pictures - I was shooting for myself and for fun.  My girl's hair was a knotted mess from her earlier nap.  Her dress (which she has adored for way too long) is way too short and long overdue for the donation pile.  And well, she's 4.  Messes happen.  Like this night, when my big girl put her orange flavoring in her drink all by herself - and squeezed it straight all over her dress.  I could have said never mind.  I could have left the camera in the car.  But really, and maybe it's just me, I'm kind of over perfect.  My kids grow, and their clothes shrink, so there's that.  Stains happen, hair gets messy, but my kids - they'll never be the same again.  Soon enough, the stains will be less and less, my girl won't need me to brush her hair (or be taking naps), and that sweet little dress will no longer be a part of her wardrobe.  So, I try to roll with as much as I can handle.

So, here's my girl, playing at the lake, in a stained dress, that was too short, slightly after sunset (the photographers all gasped), and a set of images that I am in love with.  I hope you love them too. 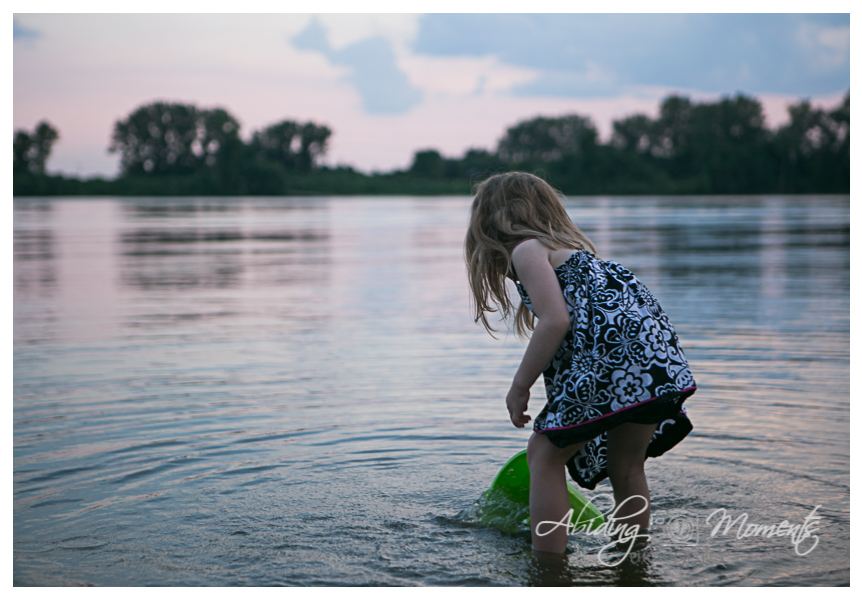 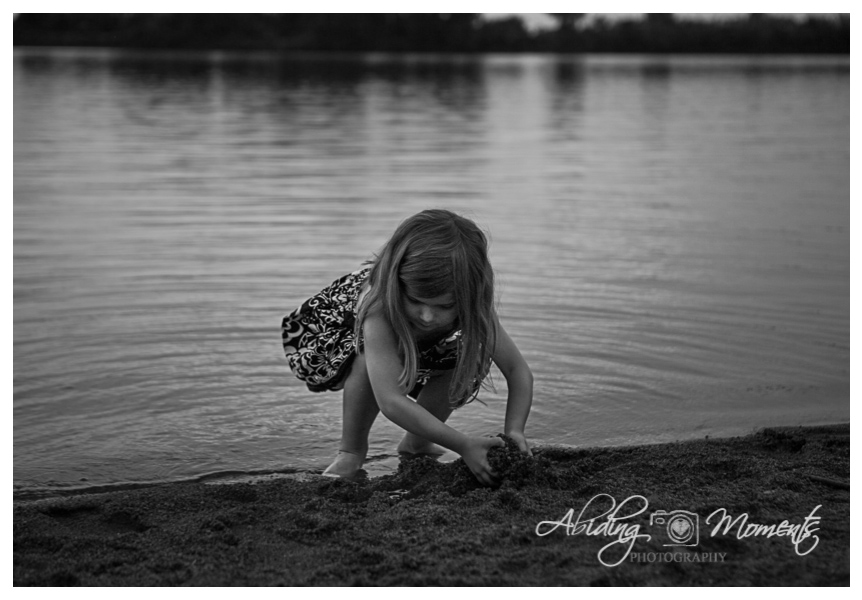 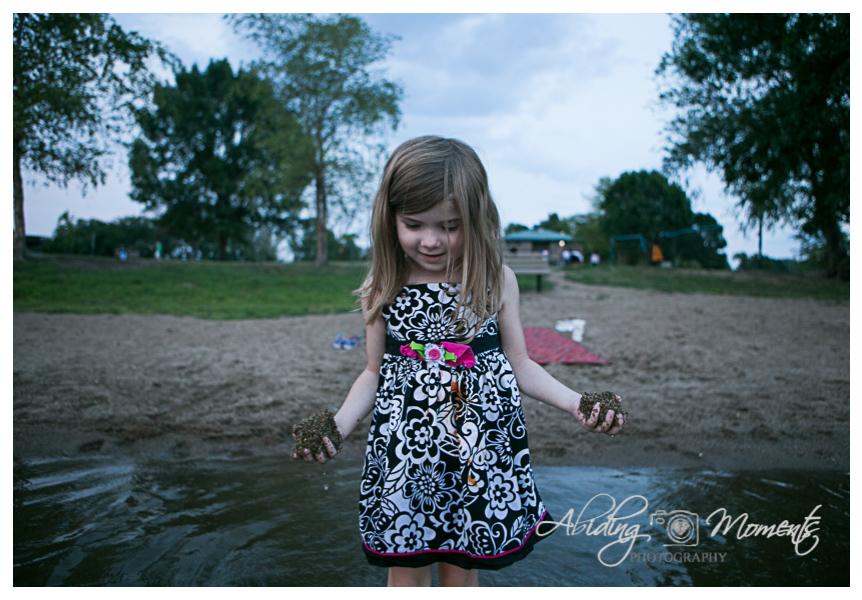 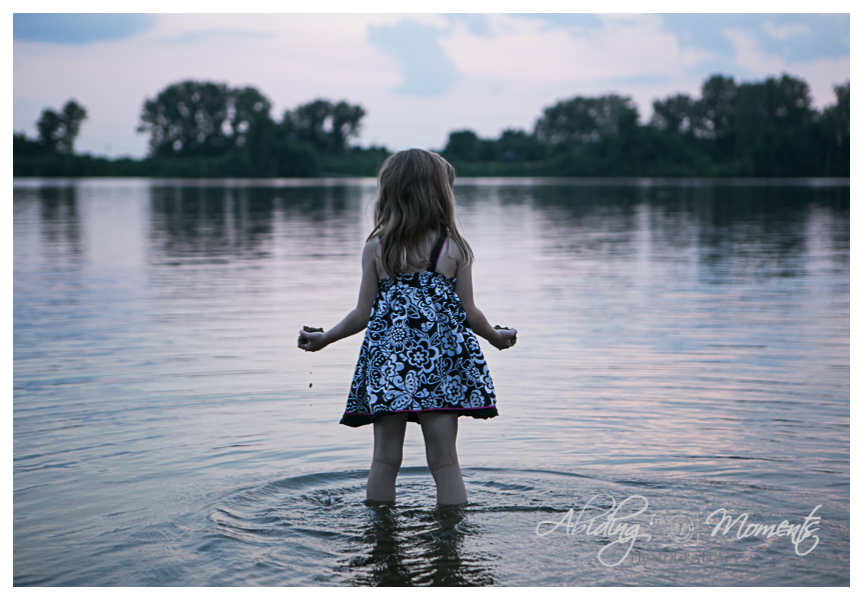 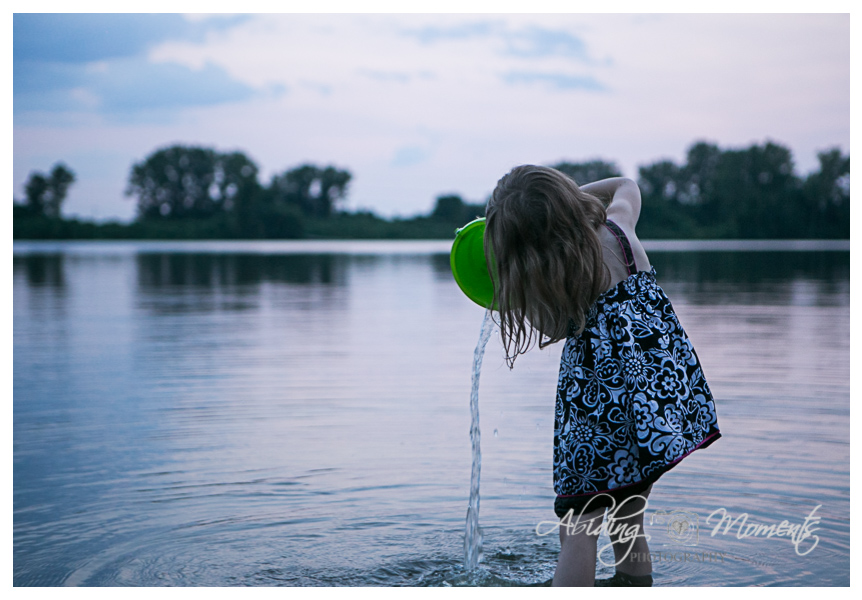 I love to have the honor of sharing this circle with some amazingly talented photographers that are part of the documentary world.  If you haven't ever taken the time to circle through, I highly recommend you do.  Amy is a Portland, Oregon Documentary Photographer and her work is one that you don't want to miss.