If you had the chance to check out my last post, you might remember that accidental shot of our girl getting stung by a Portuguese man o' war.  Of course, we actually had no idea until the next day exactly what had happen.  By the grace of God, some Google research, and dumb luck, we did just want we were supposed to do in treating it and were lucky to have no issues come from it.  The next morning while exploring the beach with my camera and looking for some shots to share what our backyard looked like, I saw several on the beach and began to put two and two together. 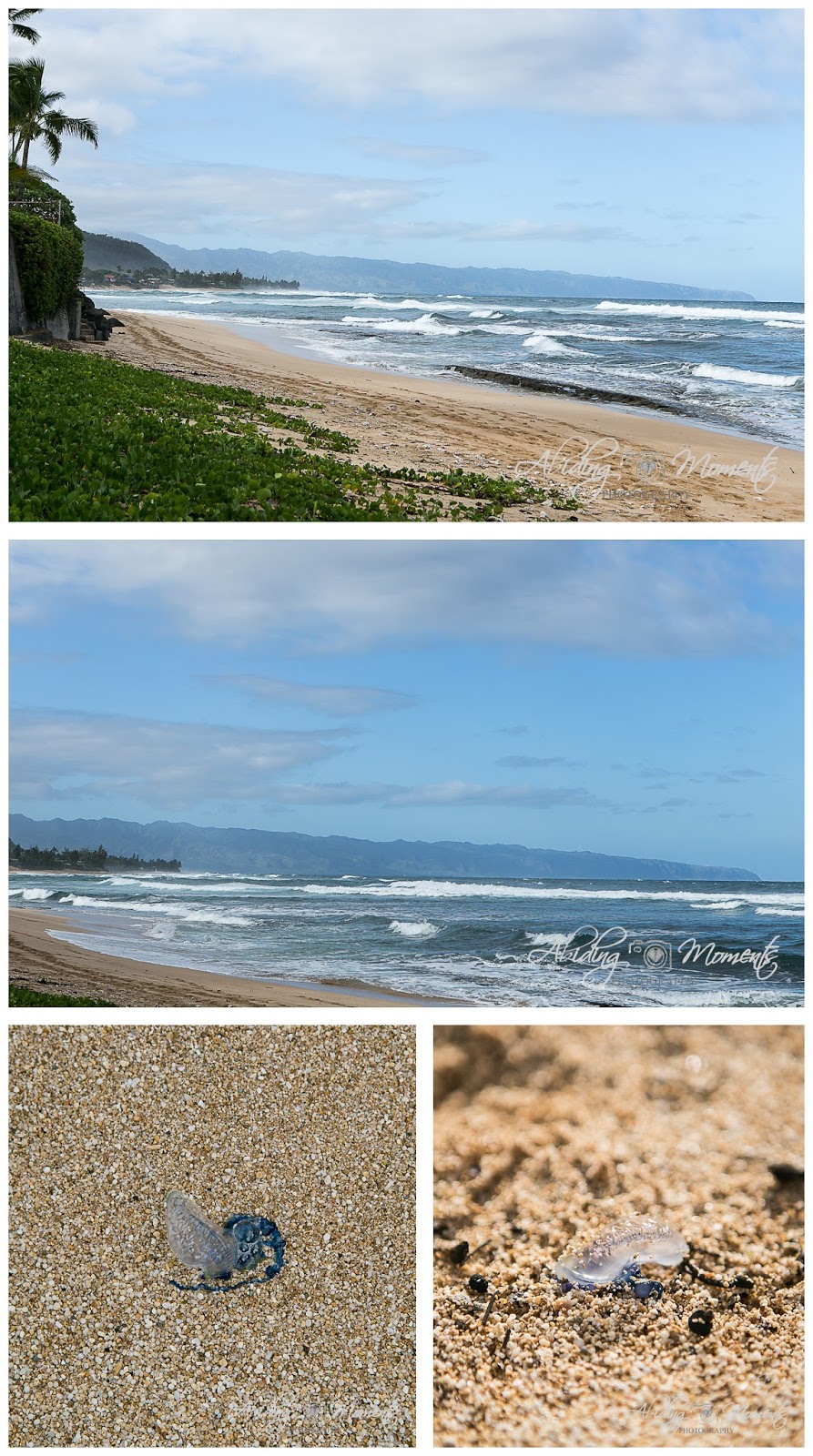 Needless to say, we quickly realized that spending time on the beach in our backyard, with 30 foot waves and stinging sea creatures, simply wasn't an option.  We went exploring to other beaches close by and my crew was amazing to tag along while I looked for more shots of our view. 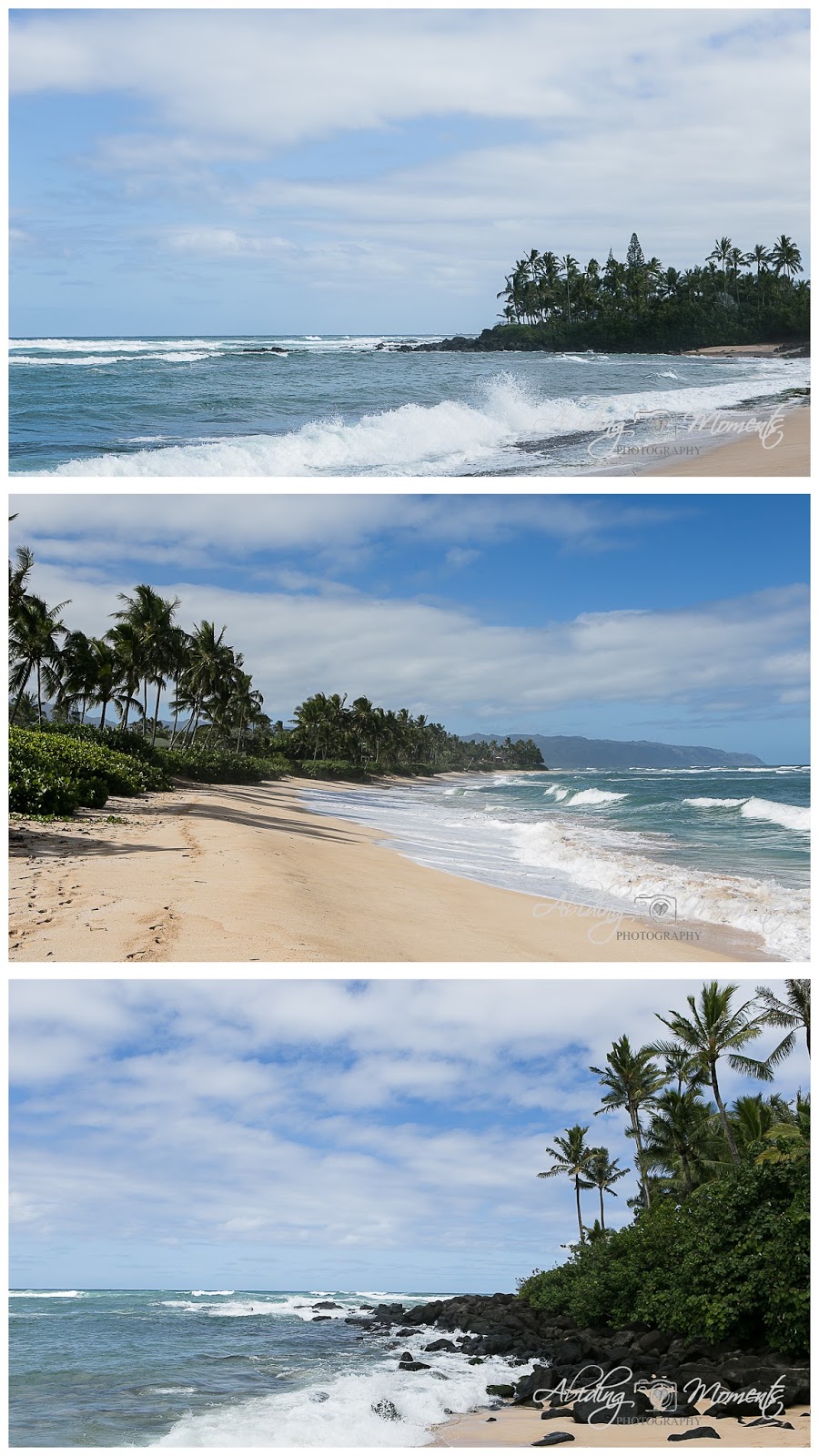 After some debating over what activities everyone would enjoy, we decided to split up for a little bit.  This allowed me to wander a close by botanical area with a waterfall, while my husband and kiddos found a spot on a beach to play in some calmer waves and sand.

The area was so quiet and lush.  The trees were crazy tall and wide, which was so incredible.  And while the flowers only popped up occasionally, they were still fun to discover. 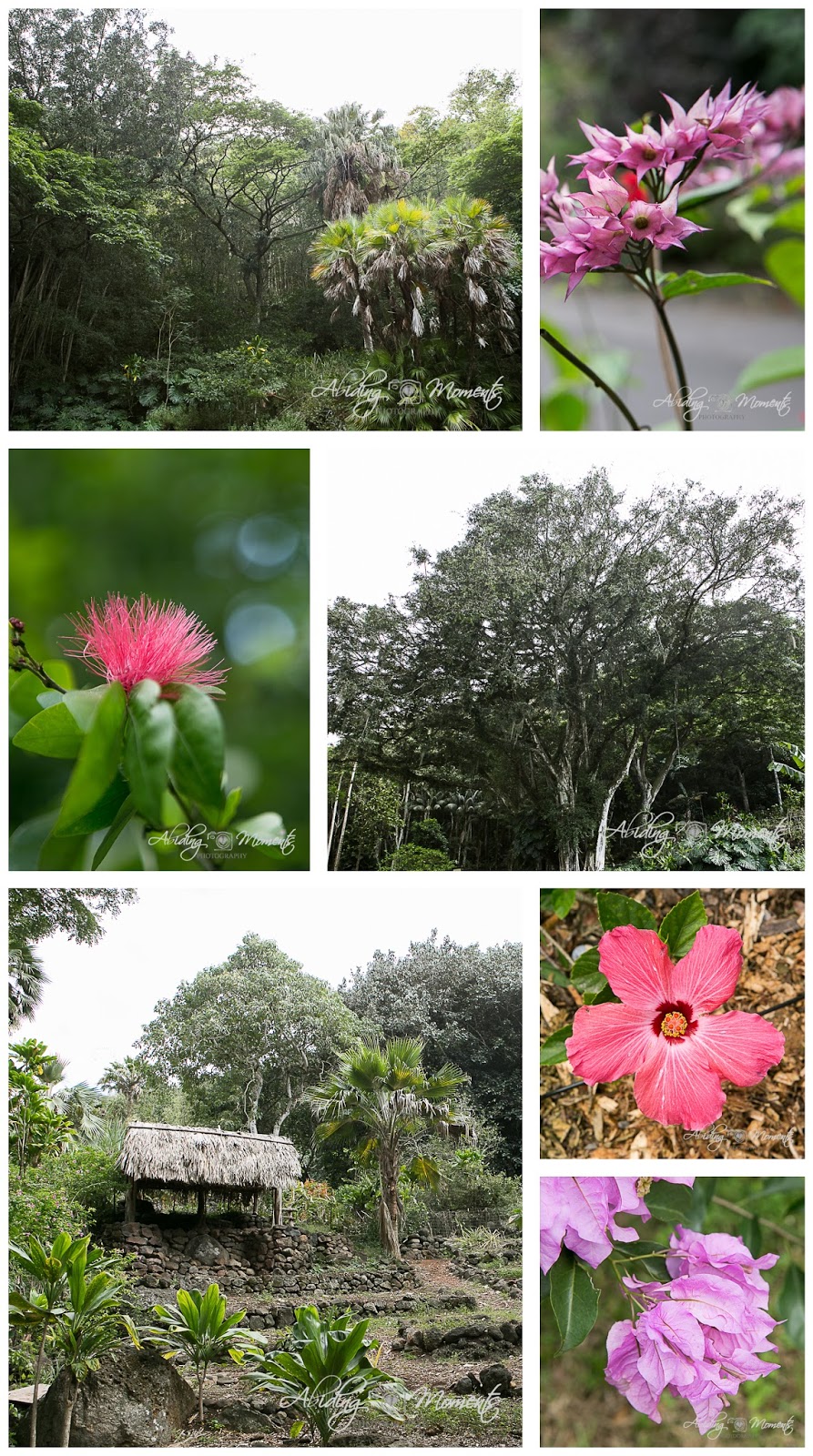 The end goal was being able to find and photograph the waterfall.  Once there, I was surprised to see it be more of an open swim area, but it was beautiful none the less. 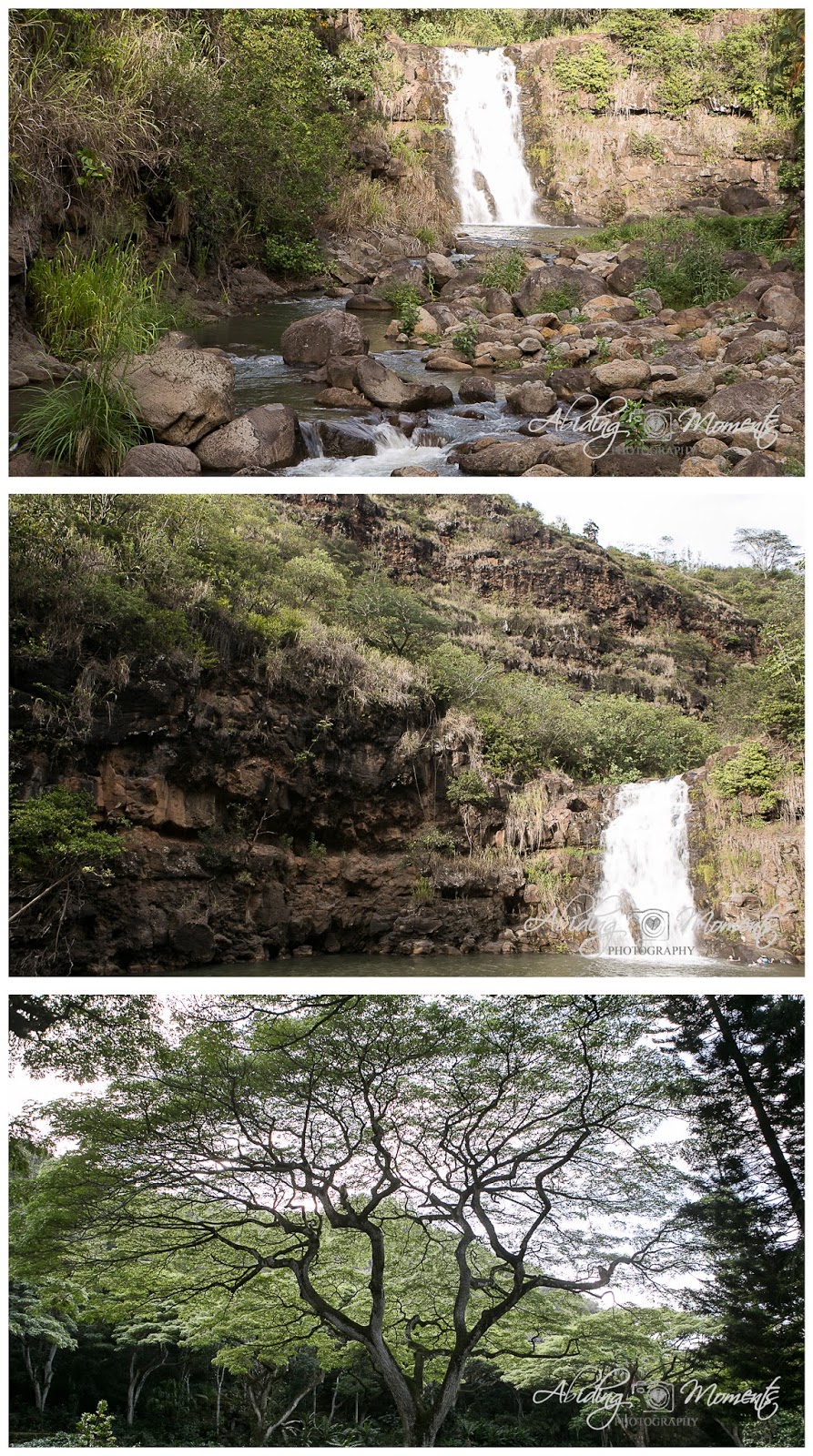 I headed back over to the beach as sun began to set and we were able to stand and watch the waves crash while the sun drew closer to the horizon.  The craziest thing was that even though there were lifeguards with megaphones telling surfers they might want to come in because of the waves, there were still people willingly getting into (and crushed by) the water.  If you look closely, you can even see a person in one of the waves in both of the bottom pictures.  Crazy. 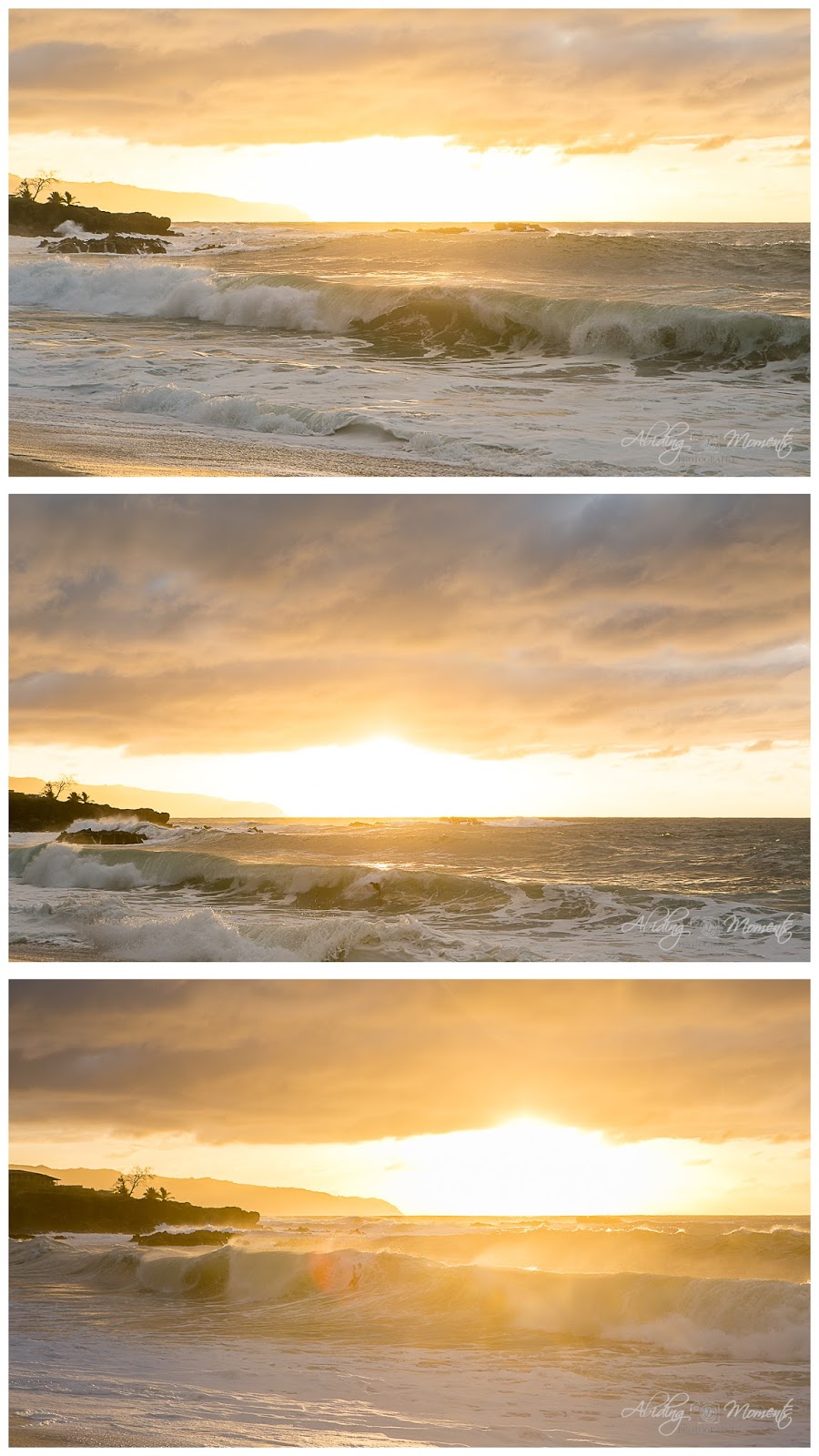 Those colors became more and more varied and vibrant as the sun bowed out.  Truly amazing.  It was like watching God paint the sky. 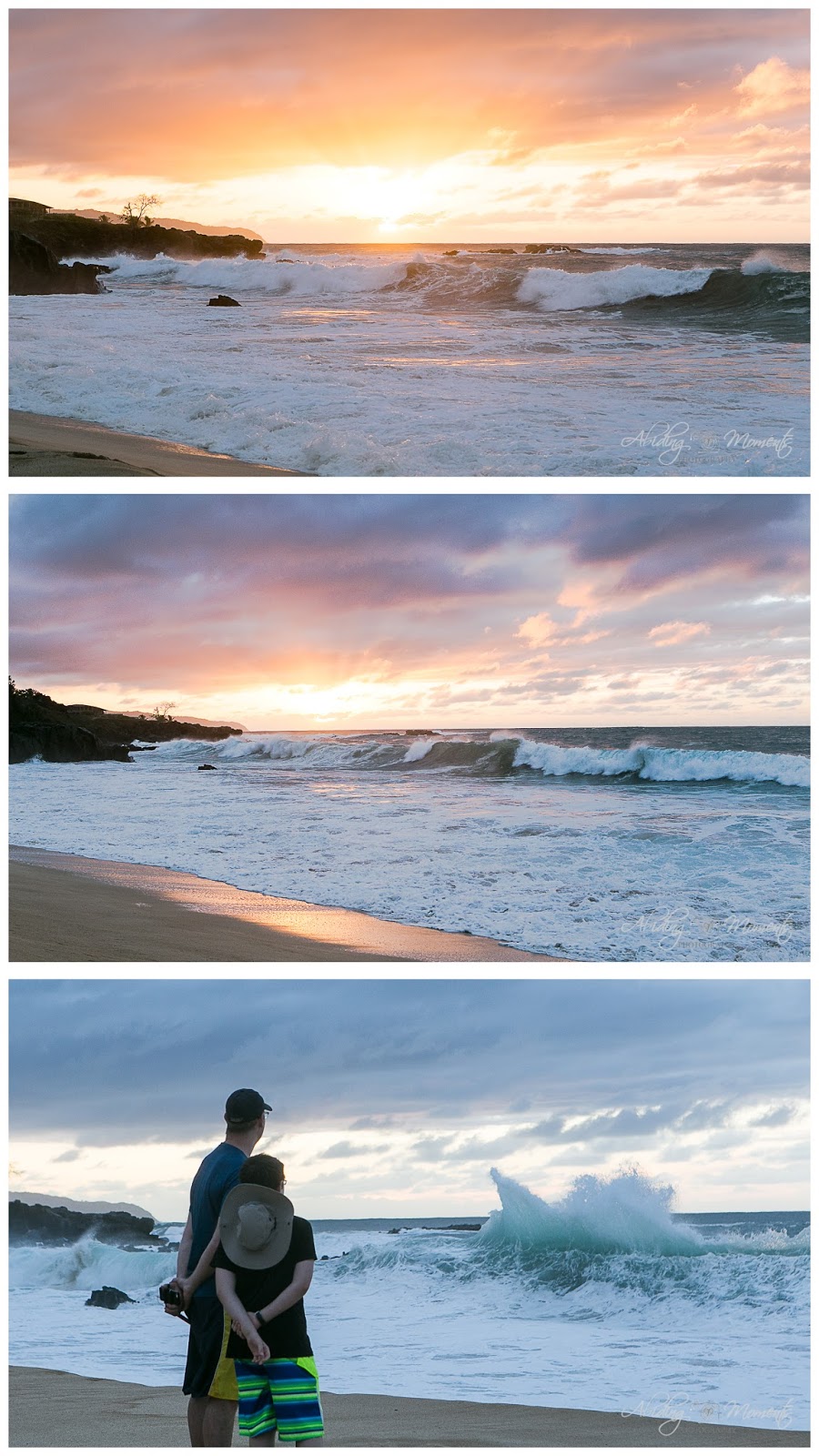 And even after the sun was gone, I feel like we could have sat and listened to the waves for hours (but we had some hungry bellies to feed).  We had just one last day on the North Shore before heading to Maui and my husband was on a hunt for a beach to boogie board and castle build on.  Looking forward to sharing those with you!