There's something so special about hitting double digits.  It's like a rite of passage.  You have officially crossed over from the "little kid" to the "big kid" status, even though you have likely been a big kid for a while.  Keira turning ten is even bigger because - well, it's Keira.  If you have met her, you know she doesn't really do much in a little way.

For her belated birthday celebration, she invited some friends and family to The Painted Pot, a local painting spot, which speaks so well to who Keira is because she is such a creative soul.  You have to wonder if she was born with a set of crafting supplies straight out of the womb.  Great care and attention goes into her artwork, including picking out her canvas. 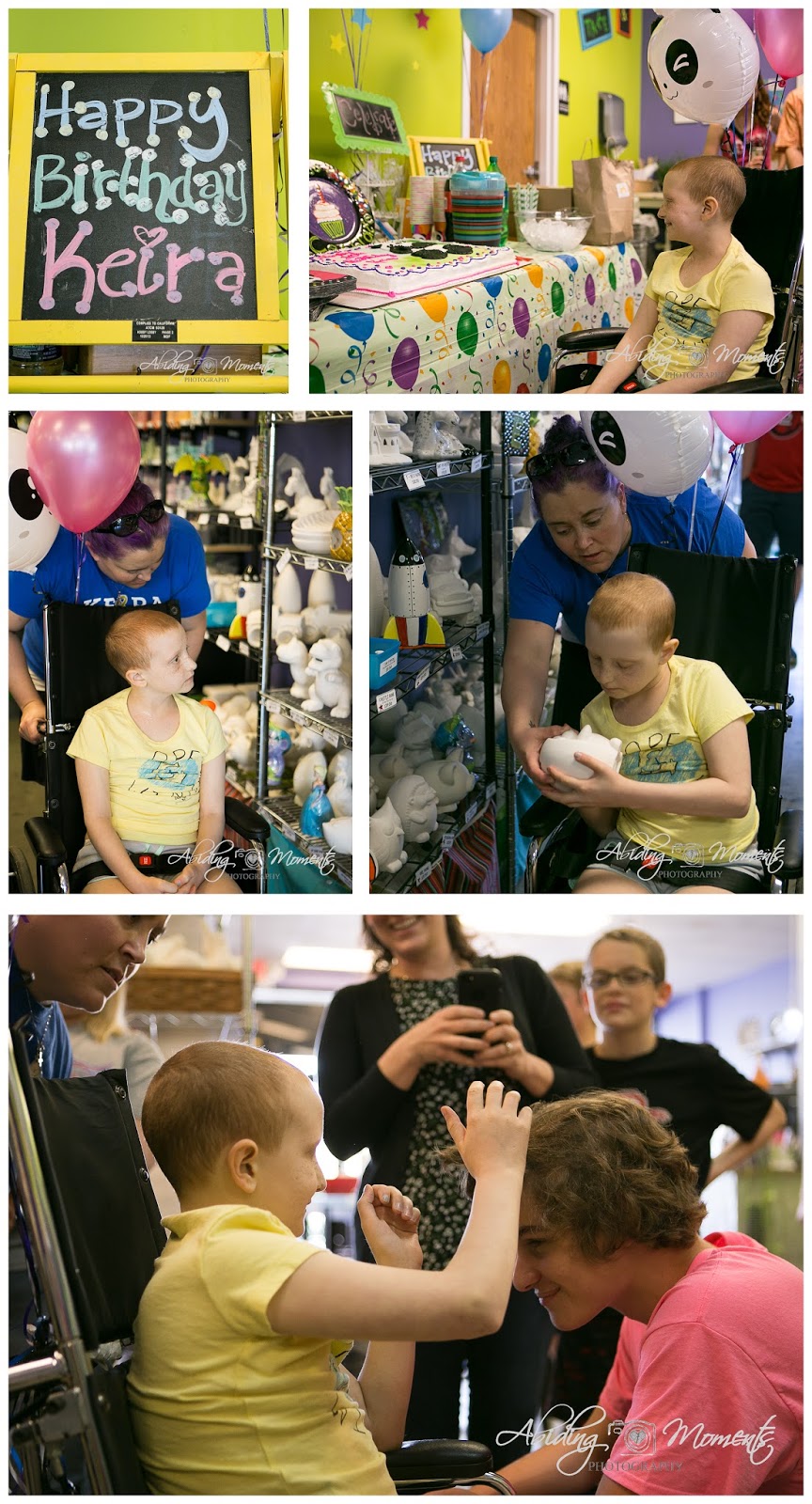 That's Ponytail.  I wish I had words to explain how this girl has stolen the hearts of so many, but honestly, I don't.  She is so ... Keira - beautifully one of a kind - and it is charming to so many people. 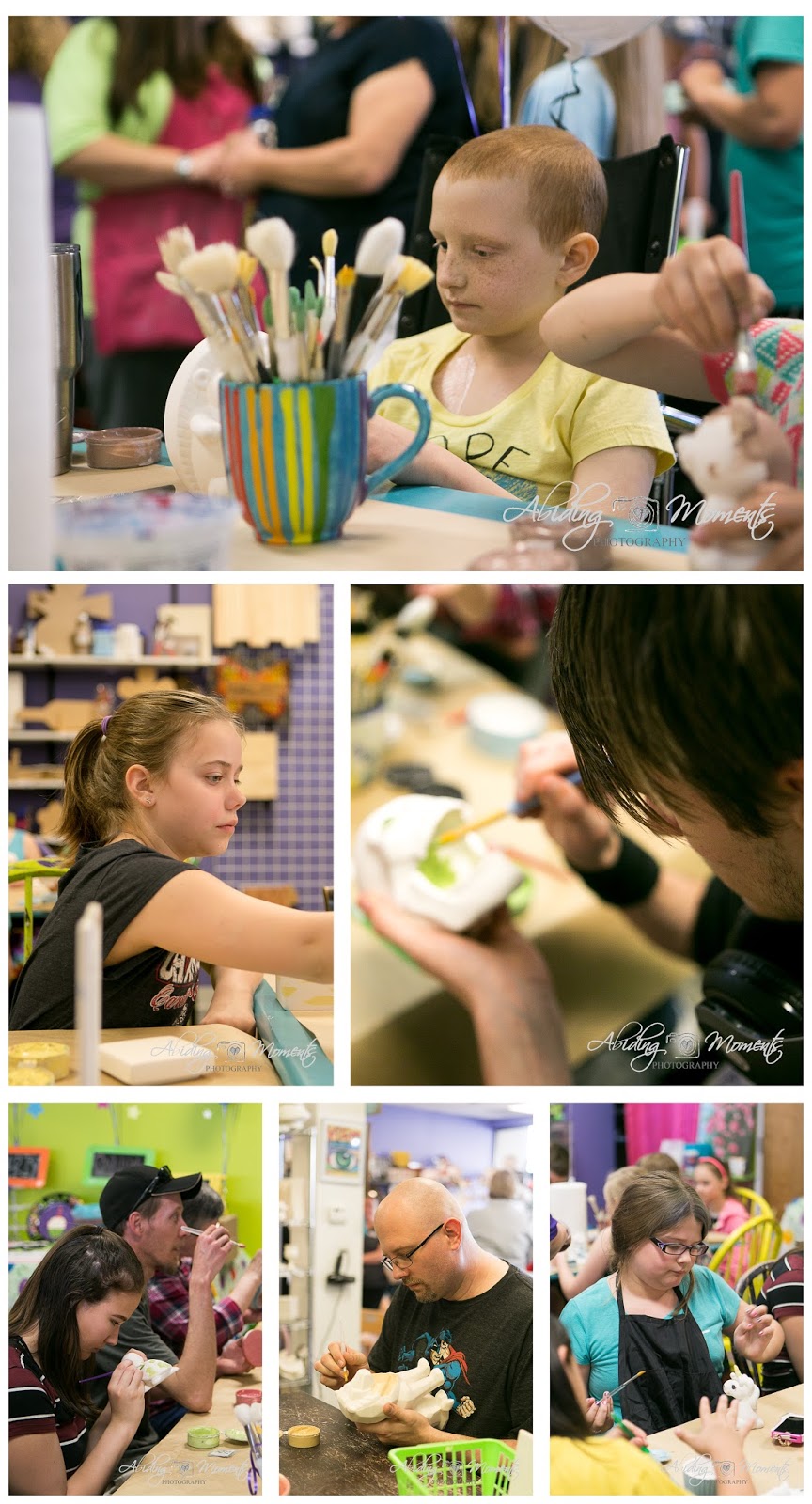 These three girls.  They are like a cord of three strands - not easily broken.  It was such a treat to see them working beside one another and with each other.  It was a highlight for me for sure. 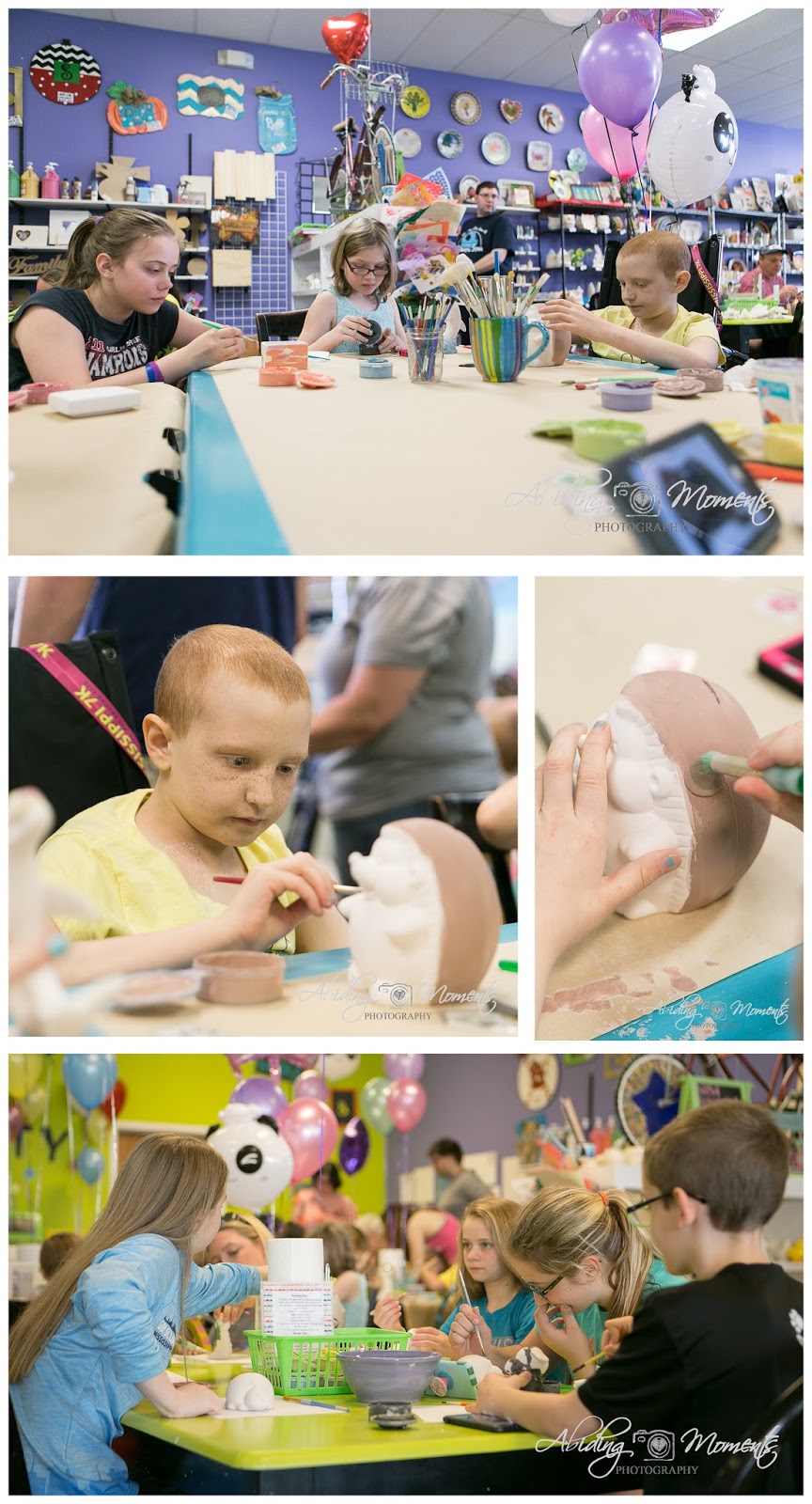 While Keira's spunky independence is a real draw, her quiet caretaker mode checks on you and keeps you close like a good friend should. 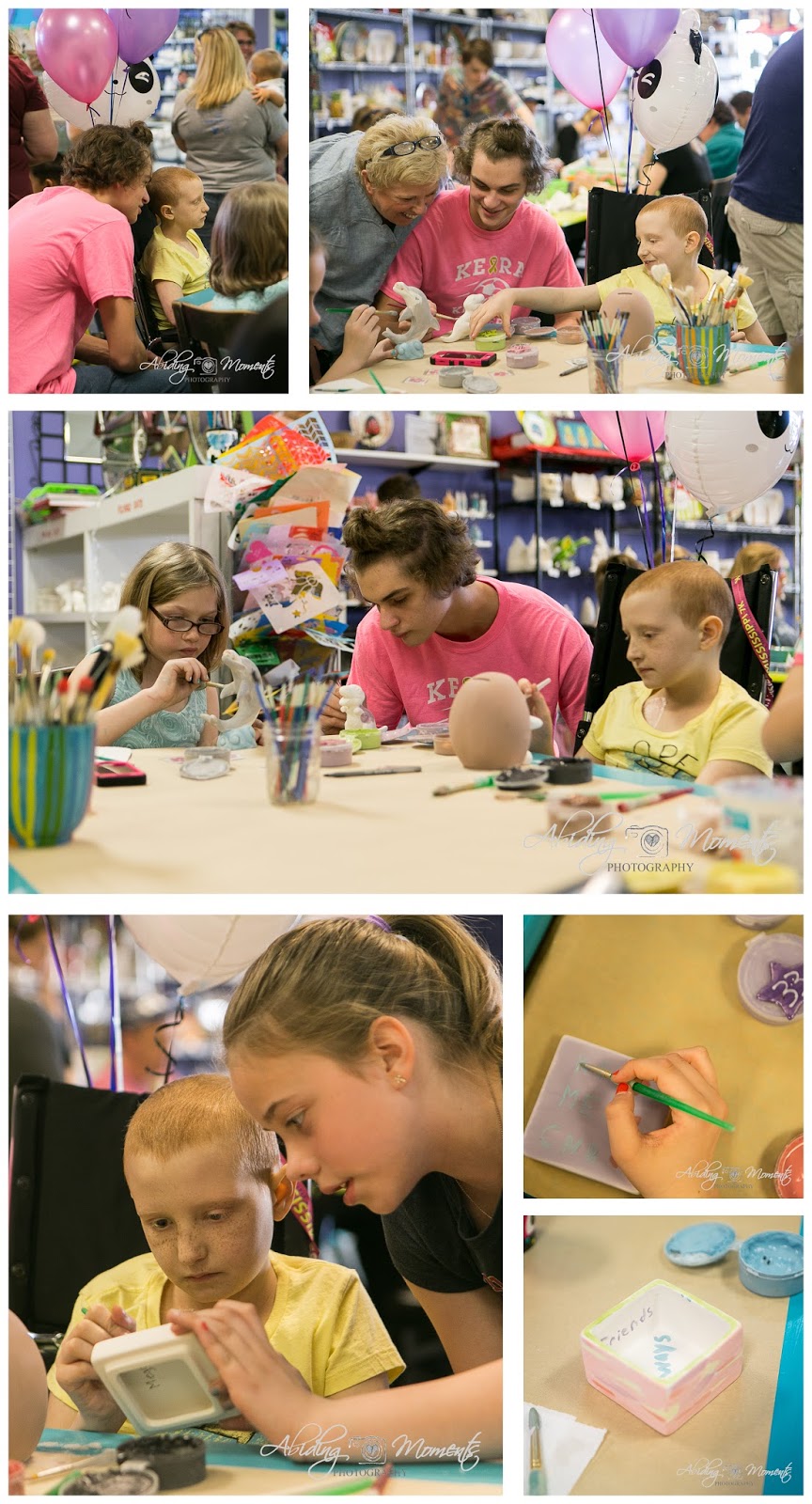 I can not tell you the number of items in that room that had Keira's mark on them.  From her hashtag, #keirastrong, to favorite animals, to memories, to her name - that girl was a presence in that room. 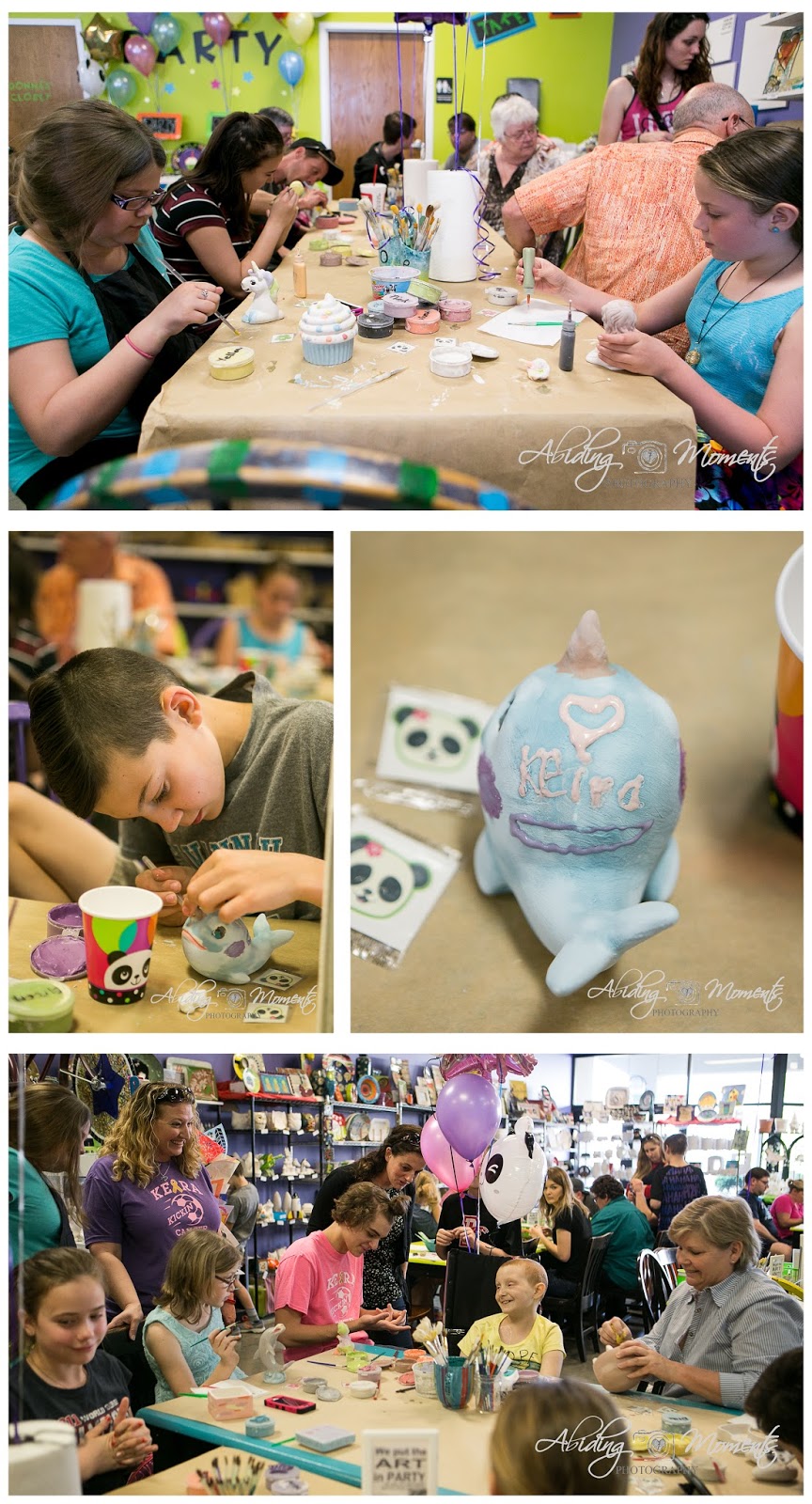 The paint store did a couple of pretty amazing projects for the family and birthday girl while they were there.  The first one was a plate that had been painted and then each friend put their fingerprint on the back of the plate.  Pretty neat to see.  Keep that tucked away - there's more to add later.  You remember how I said Keira doesn't do things little, right? 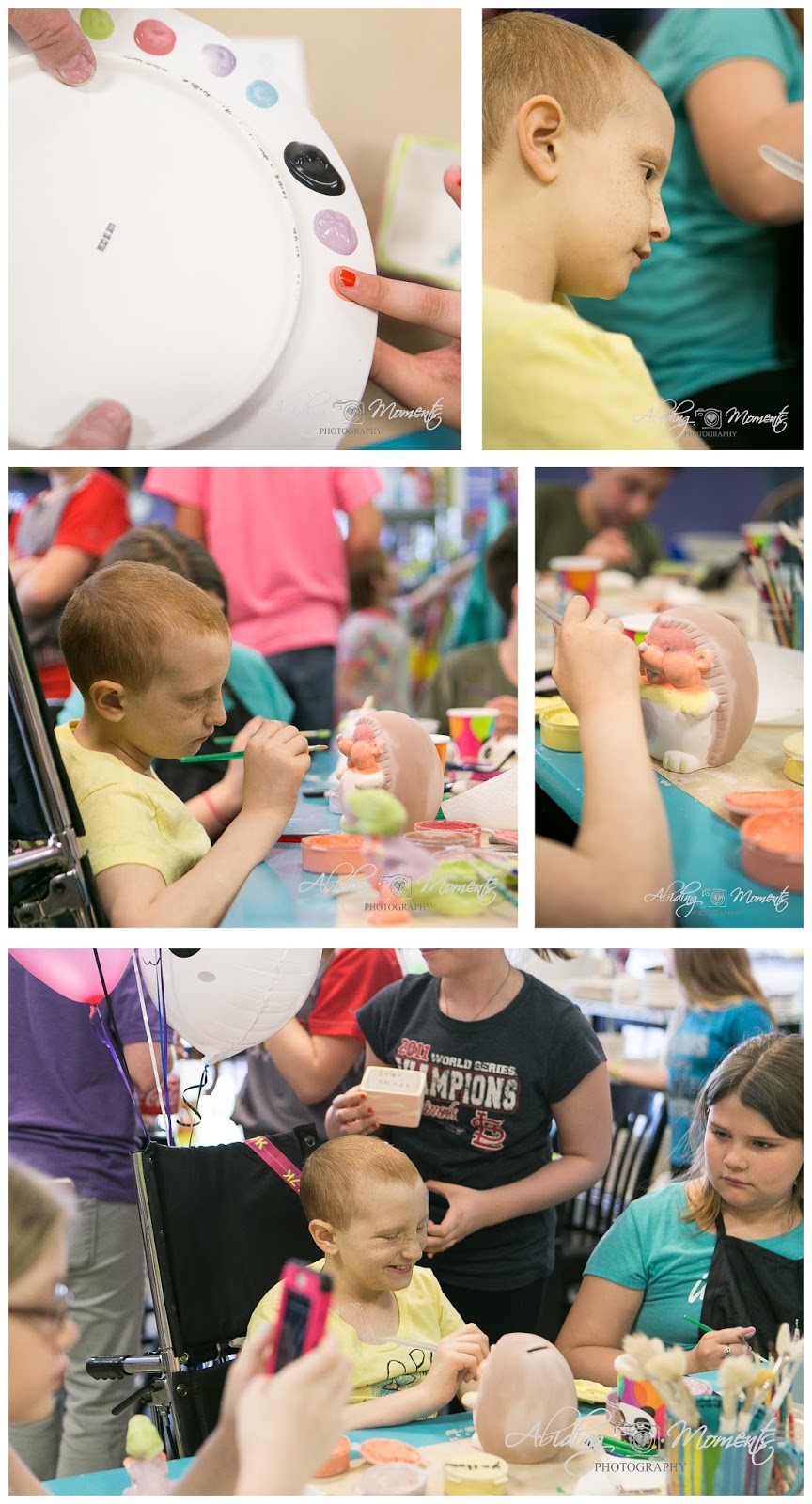 Watching friends and family all create as a celebration of this sweet one was so neat.   It reminds you of what we have all been able to learn through Keira's journey - that everyday is a gift.  Every.  Single.  Day. 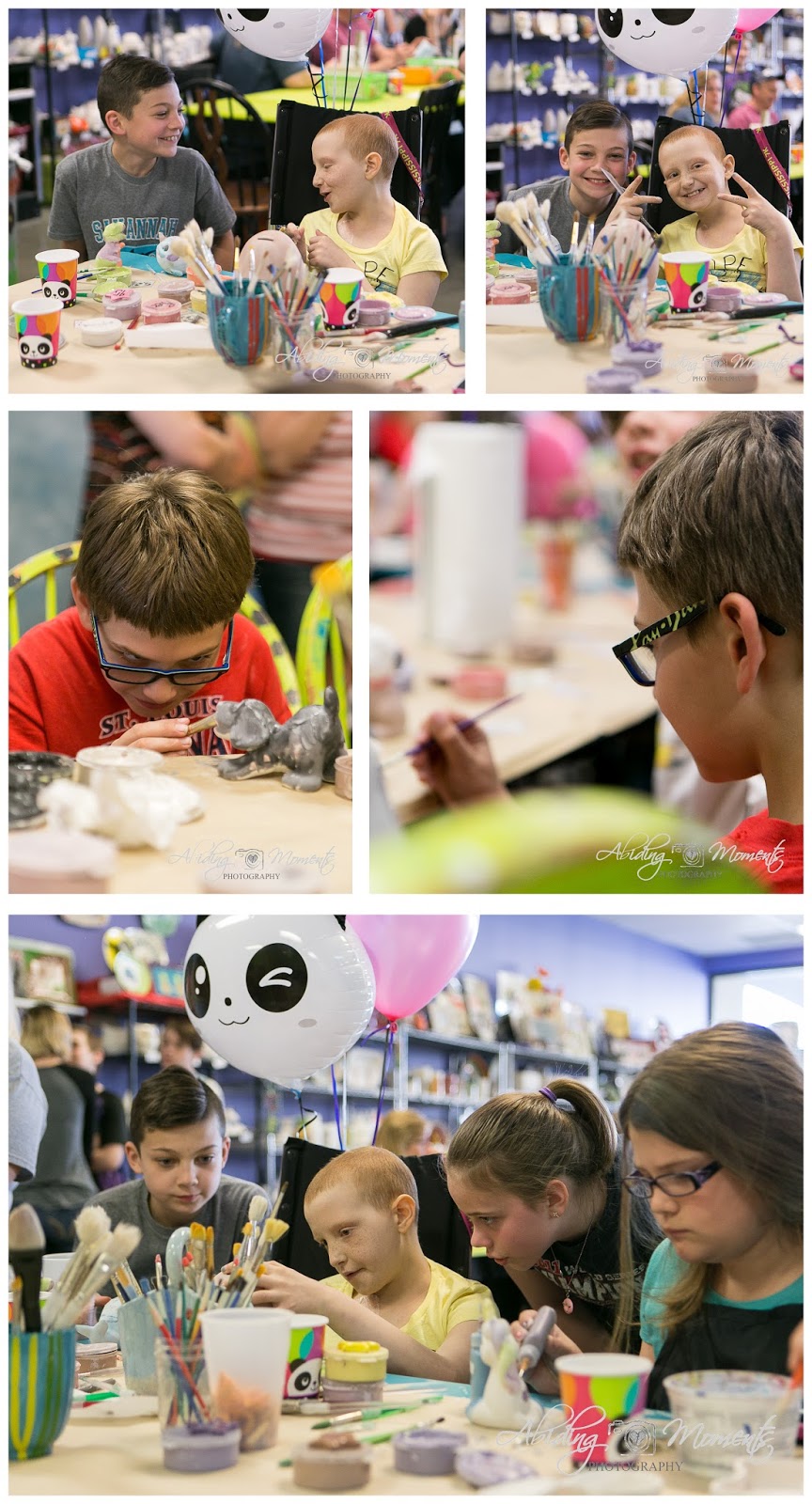 The second cool project the Painted Pot did was a family tree. Watching it "grow" was pretty awesome. 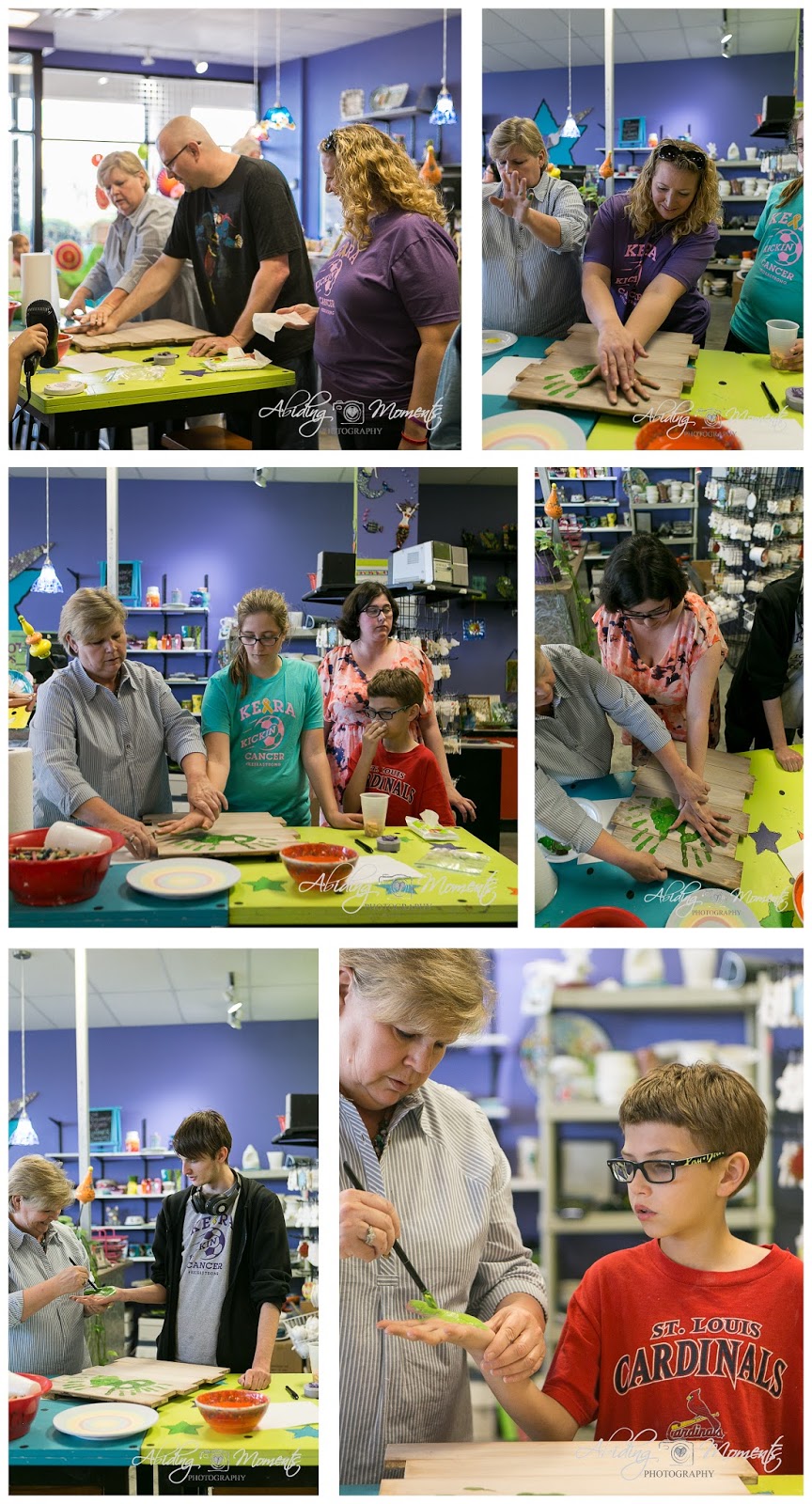 Then Keira got to add her final print in red.  💓 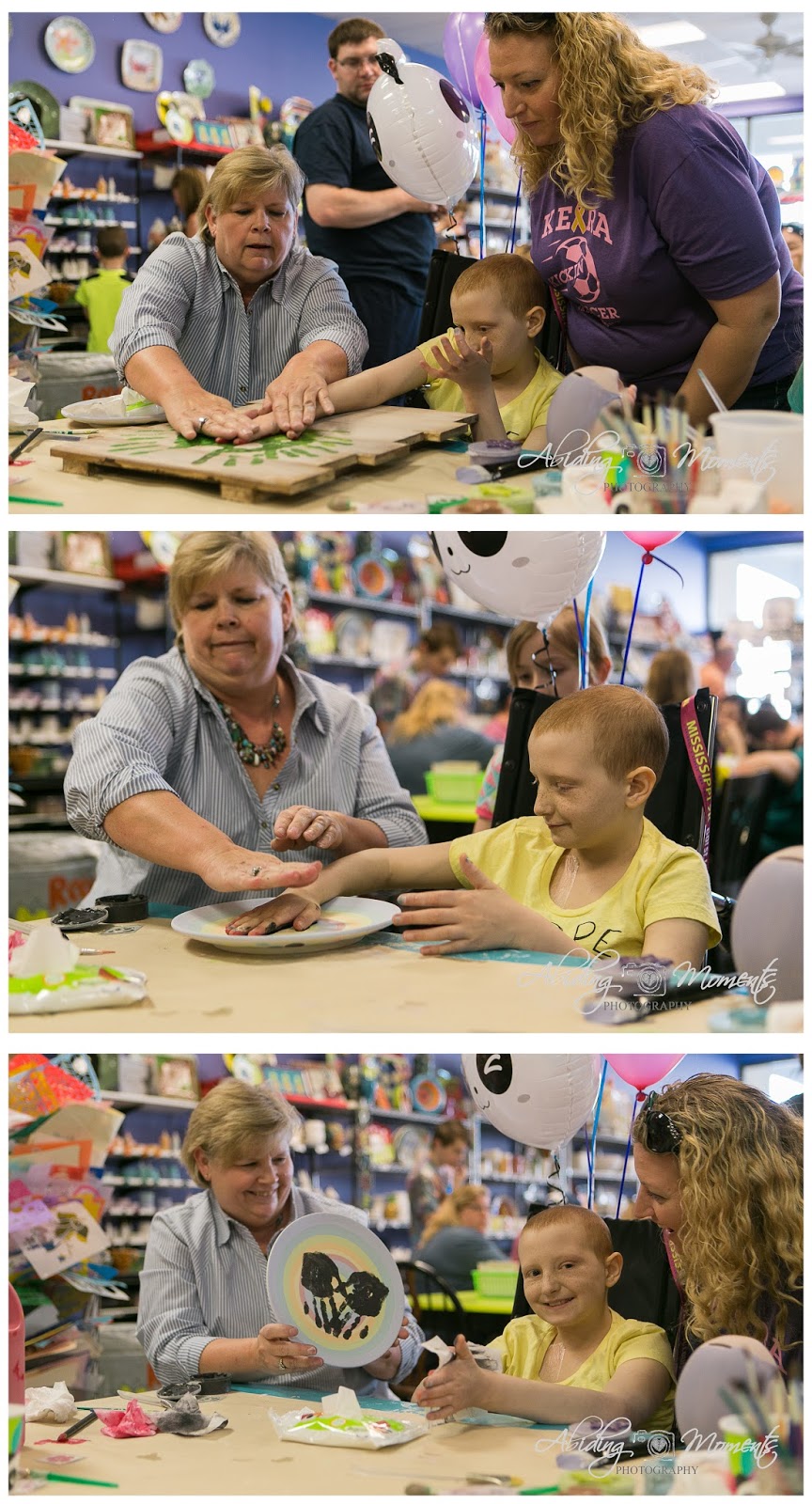 Here's layer two for that awesome plate: hand prints from the birthday girl - that shape into a heart.

After all those projects were complete, an empty spot was left on the table, so what sounds better than cake time?  Panda cake time. 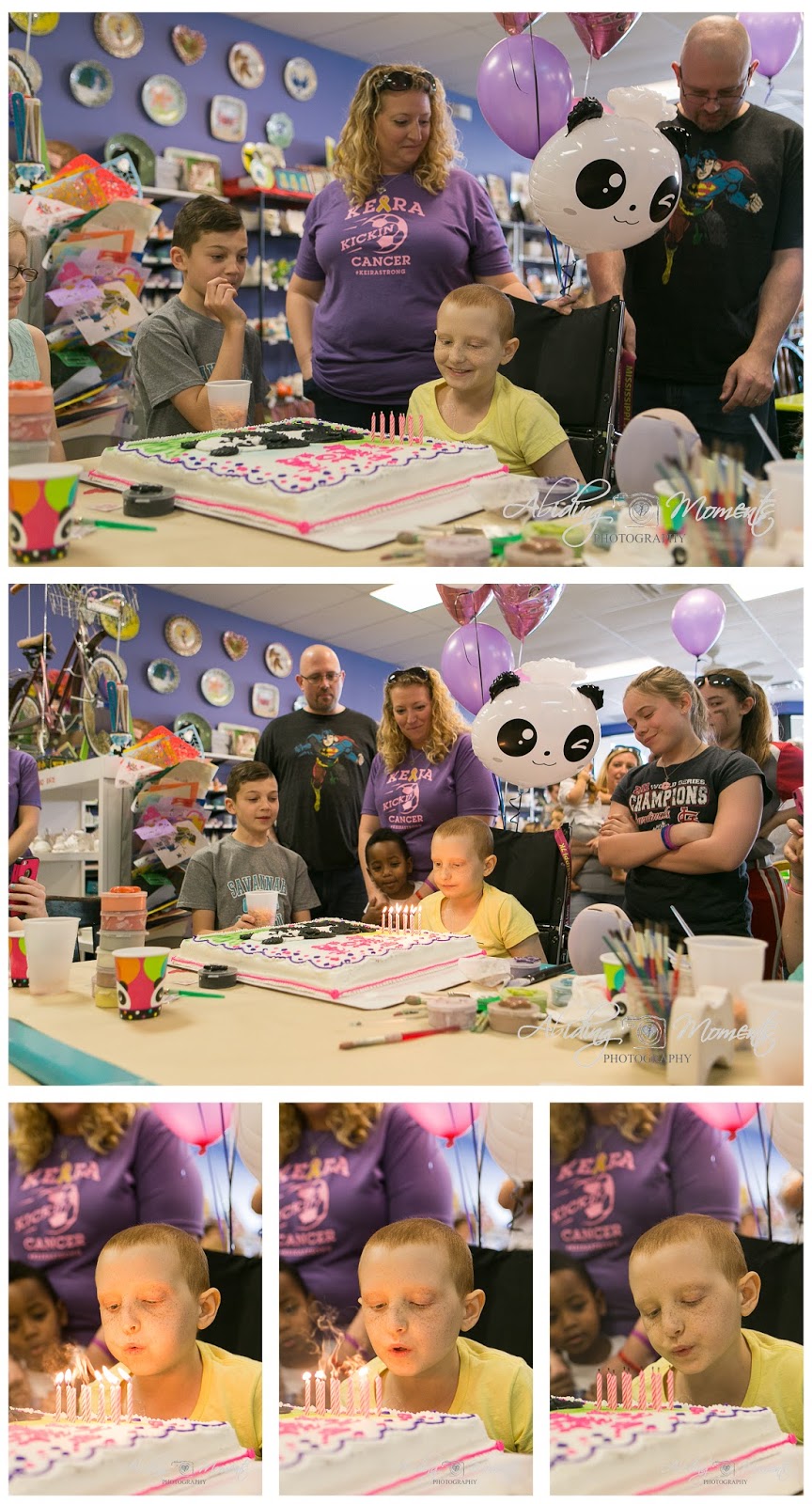 As a friend and photographer, this moment was one of the hardest parts of the day.  Singing Happy Birthday to this sweet gem and watching those ten candles being blown out was a reminder that while we all believe God can perform miracles, cake eleven will likely not come.  The elephant in the room felt a whole lot bigger right then.

In true Keira form, she wanted to cut her own cake - with the serrated knife!  She did so great.  Her heart is one of service & she loves helping others.  (Or maybe she was trying to cut a line straight to the panda head for herself.  Who knows.) 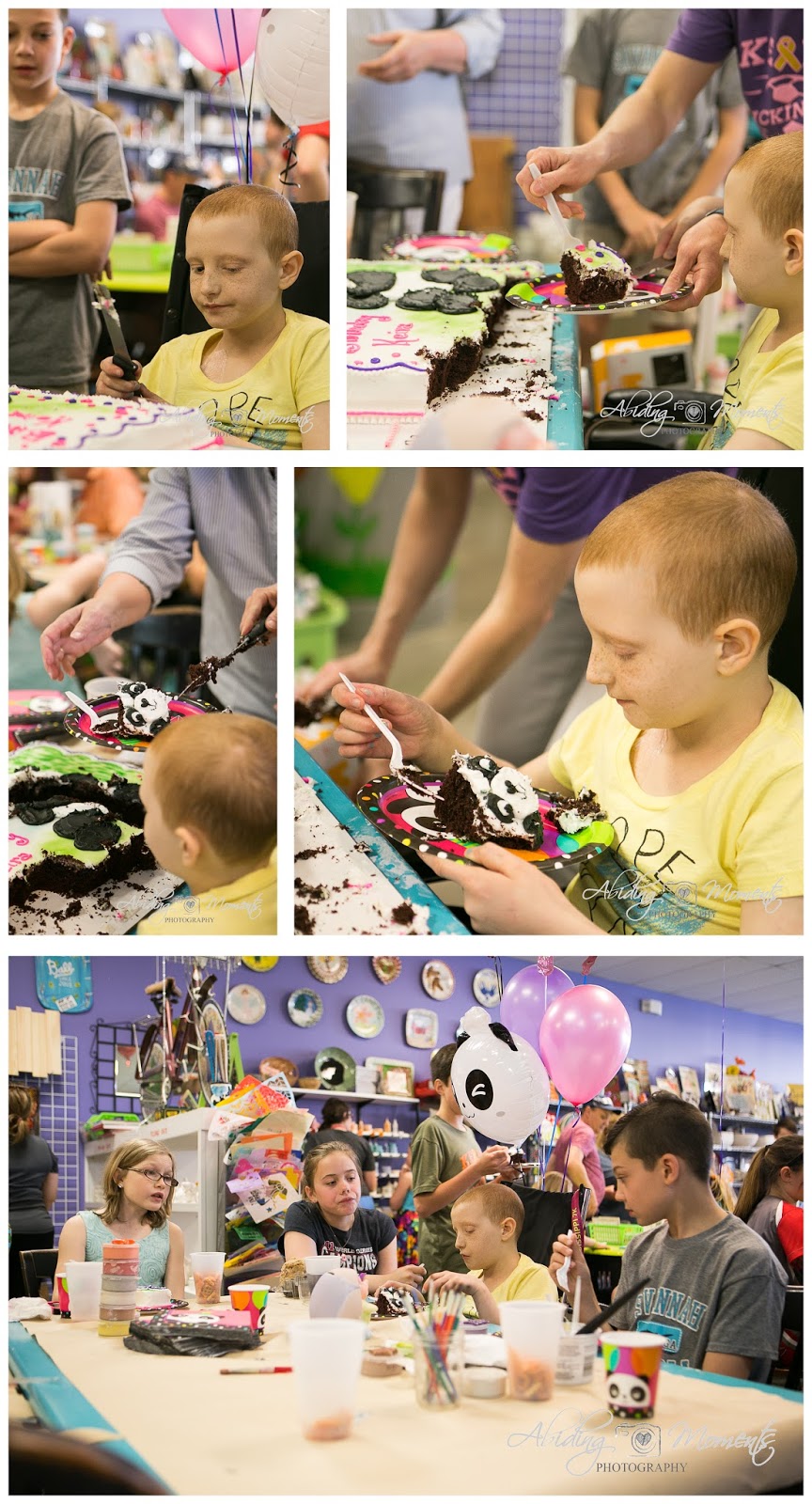 As the time wound down, friends began to say their goodbyes and snap a photo as their keepsake. 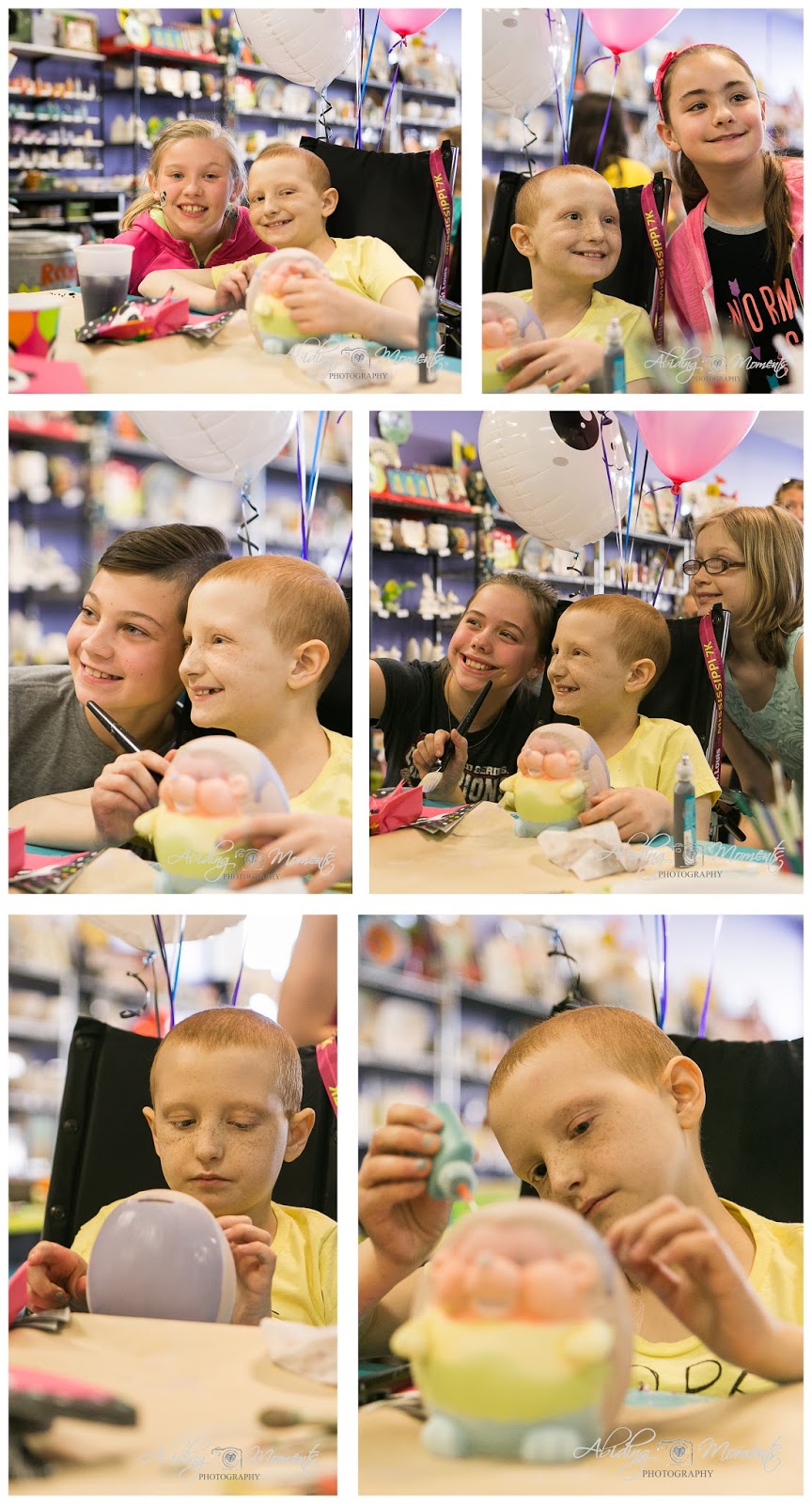 And then snuck out a piece of Keira I know well - the quiet focused artist. 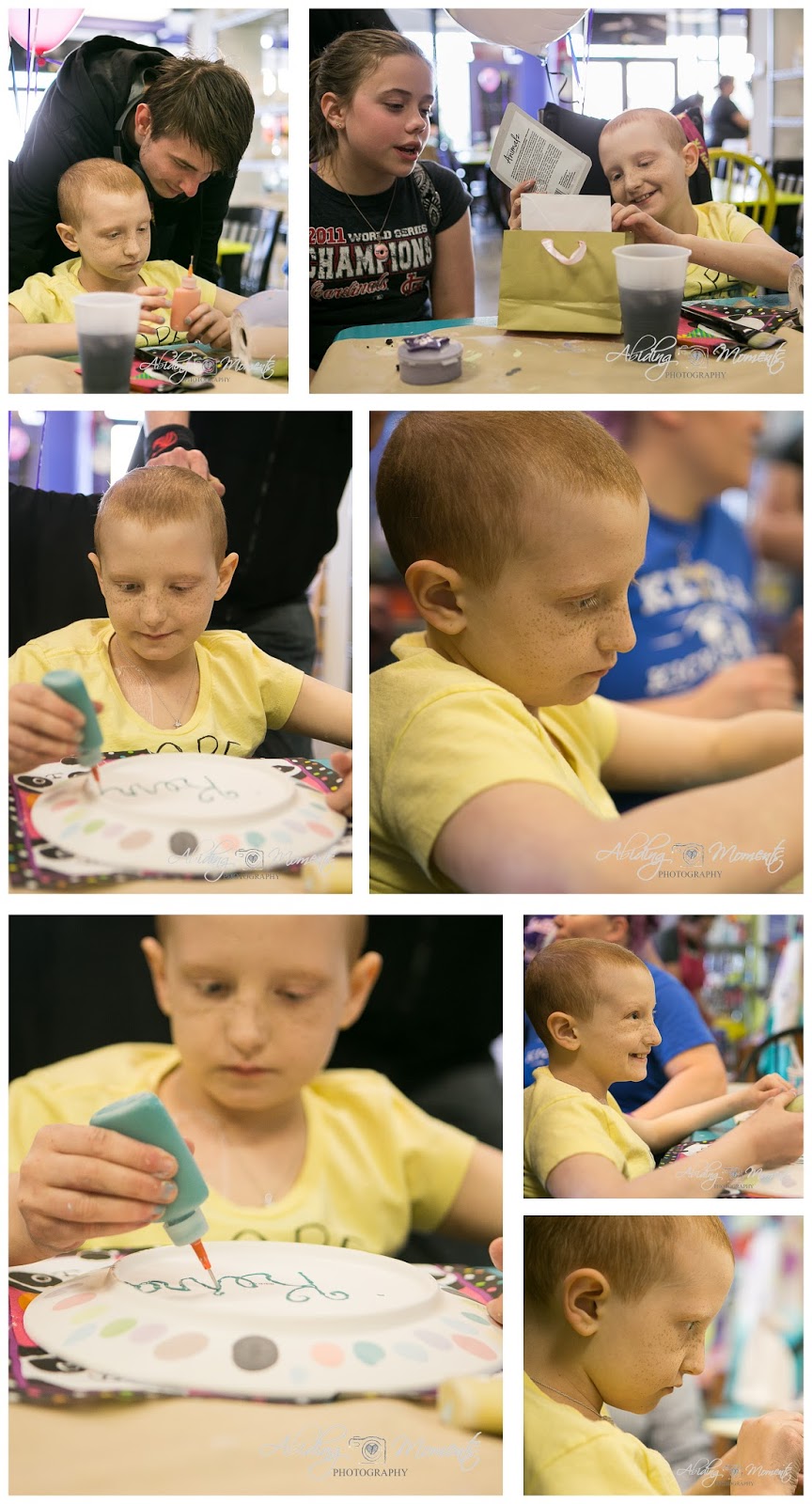 Remember how I said there was more to that plate?  Ms. Keira is leaving her legacy - and she knows it.  The elephant may be difficult to talk about, but this 10 year old is handling it with more grace and love than most of us ever could.   And so, she signed that plate.  And decorated and dotted it.  Because that's how you do it. 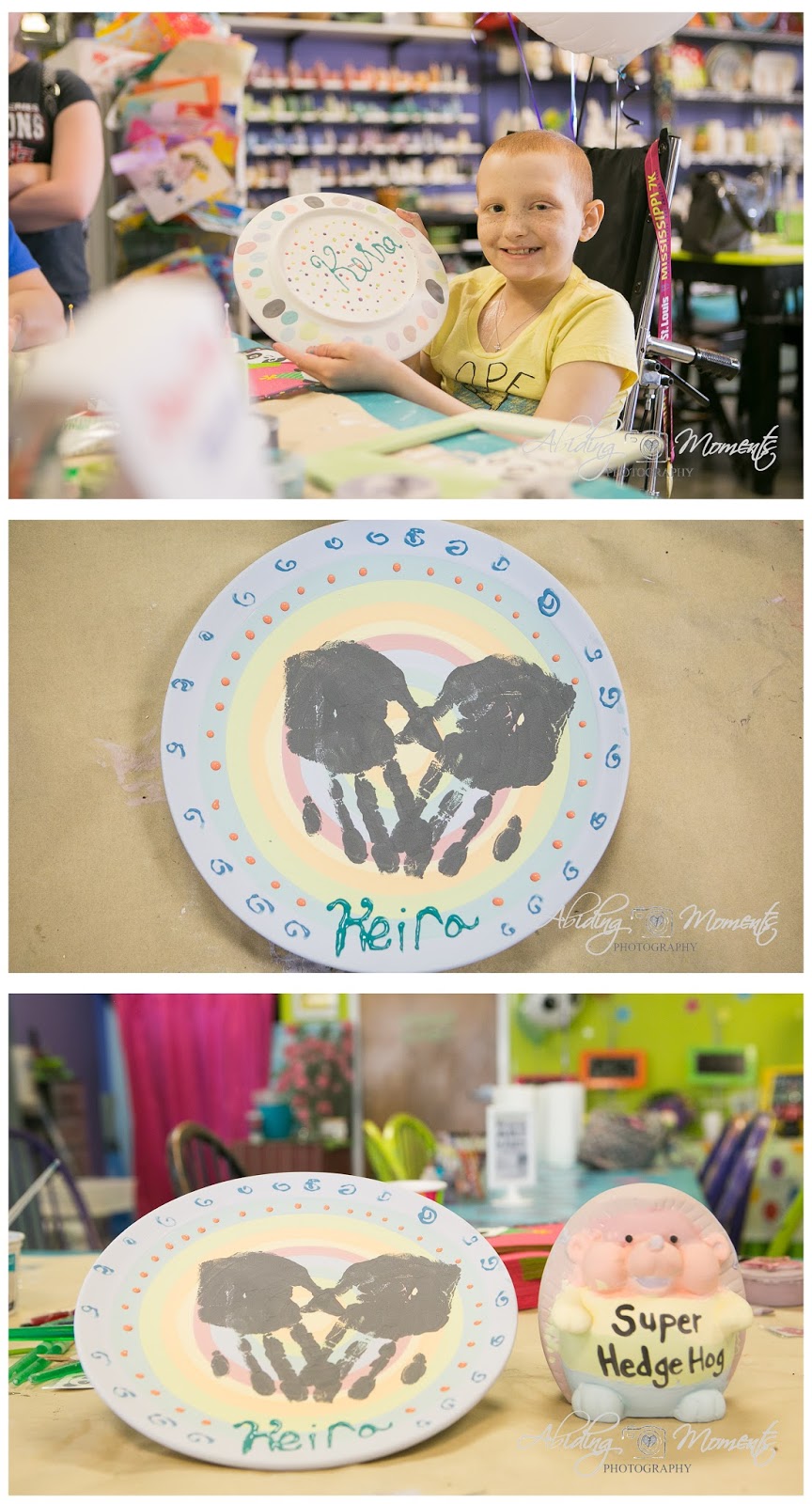 And I know that seems like it's the end, but this is the P.S.  As Keira went to get in her car, she wanted to send her friend Caleb some love - because she loves and misses him so very much.  That panda bear balloon had his name all over - and so she sent it to him. 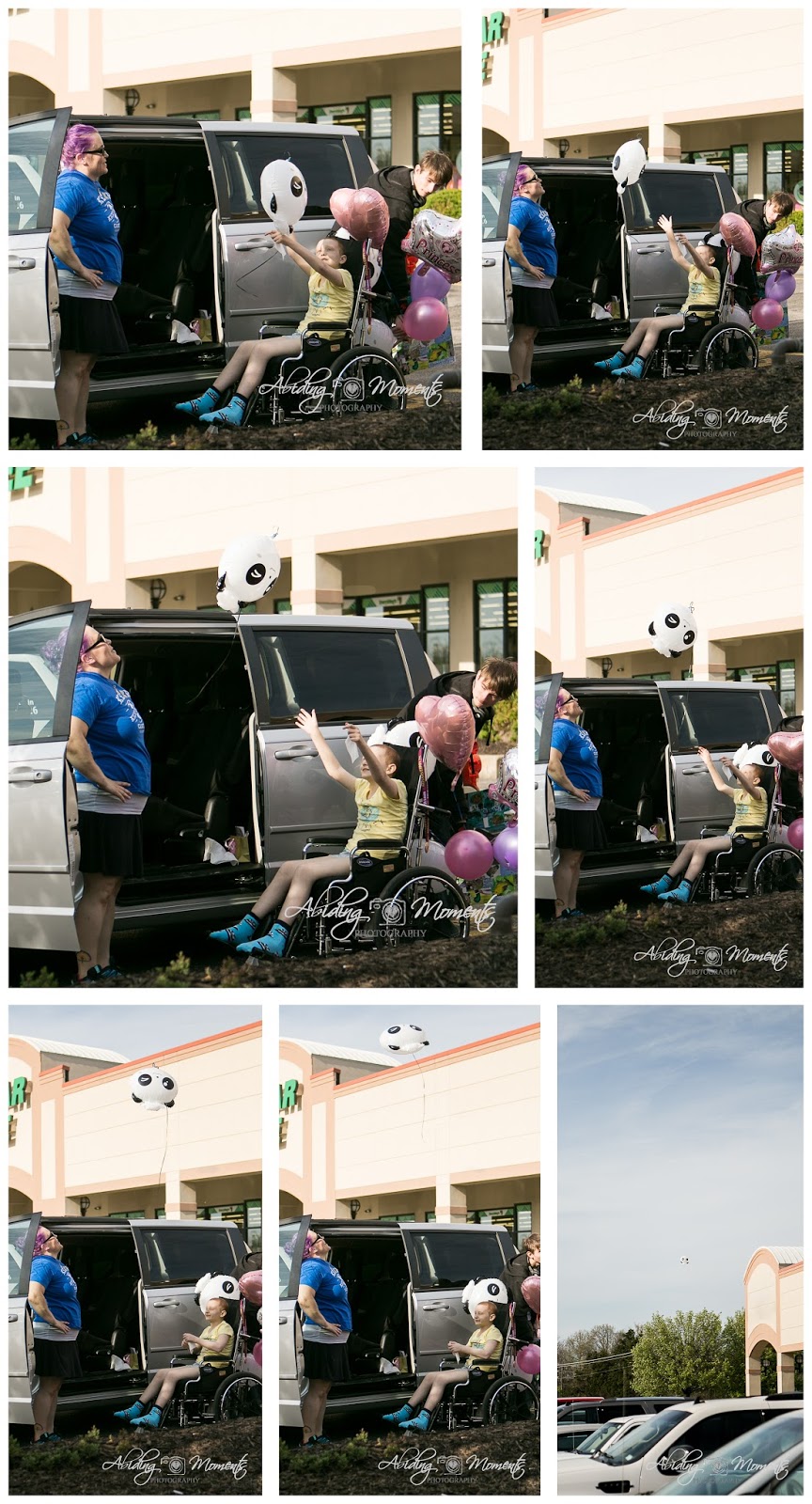