Trick or treat.  That place in the midst of fall, where the weather has a hard time deciding if it is already winter, or still has a bit of fall left.  This year, our area had a cold spell and it left us scrambling for what out plans would be.  Thankfully, our church had a trunk or treat the weekend before and our girl had a great chance to wander indoors and get a good fill of candy.  So, when the freezing temps hit, we decided to look into some other indoor alternatives. 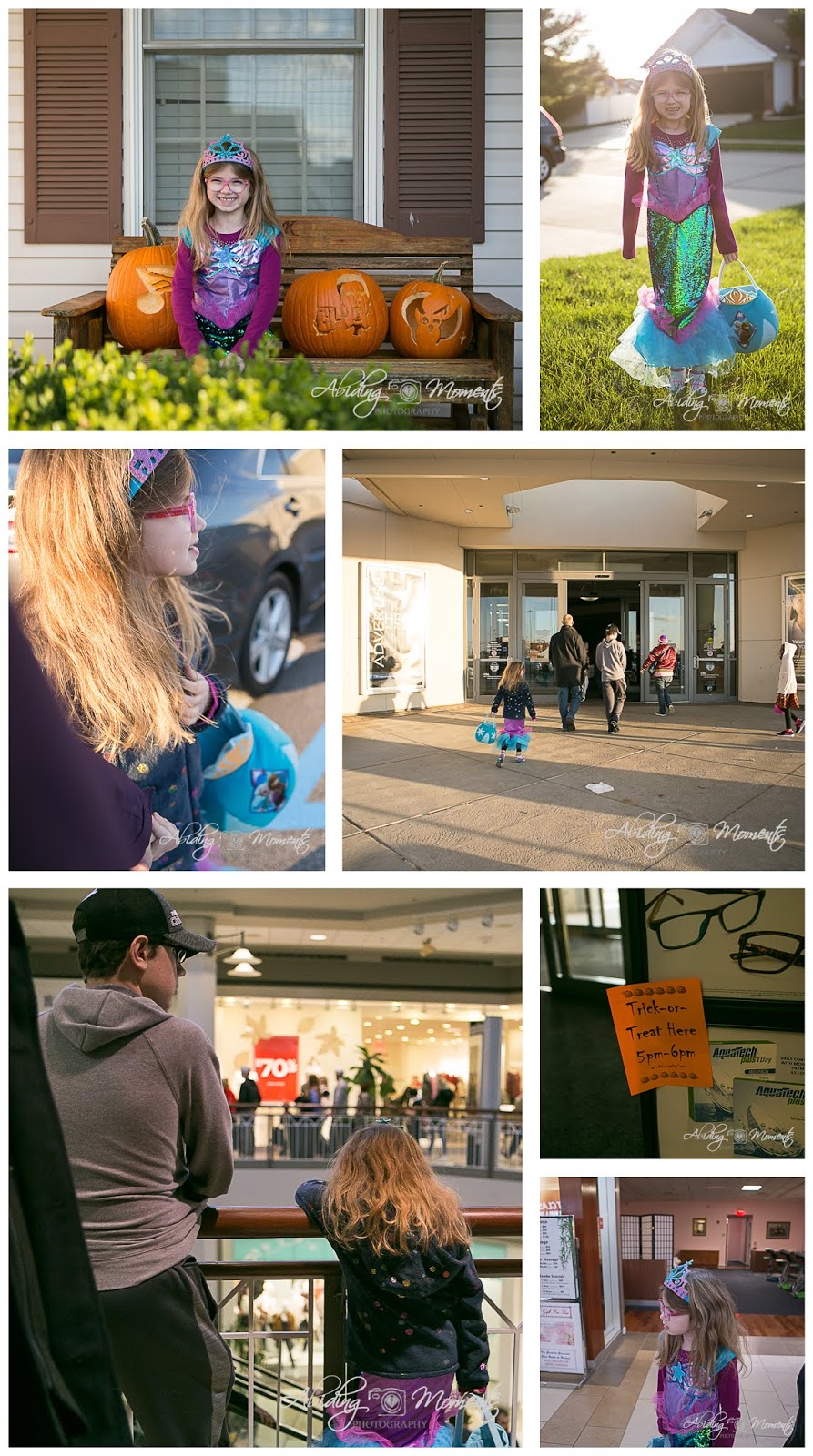 We found out that our local mall was having an indoor trick or treat before Halloween officially began, so we decided to give that a shot and see if it would fit the bill for this year.  Unfortunately, everyone in our local area decided on the same idea, leaving stores empty handed and a line that wrapped around the entire mall.  After about 20 minutes of standing in line and 2 pieces of candy, we sadly decided to call it a flop and head to a second indoor option at the police station.  With what seemed like more people, we had worse luck there, where the parking was already gone and people were standing in a long line outside. 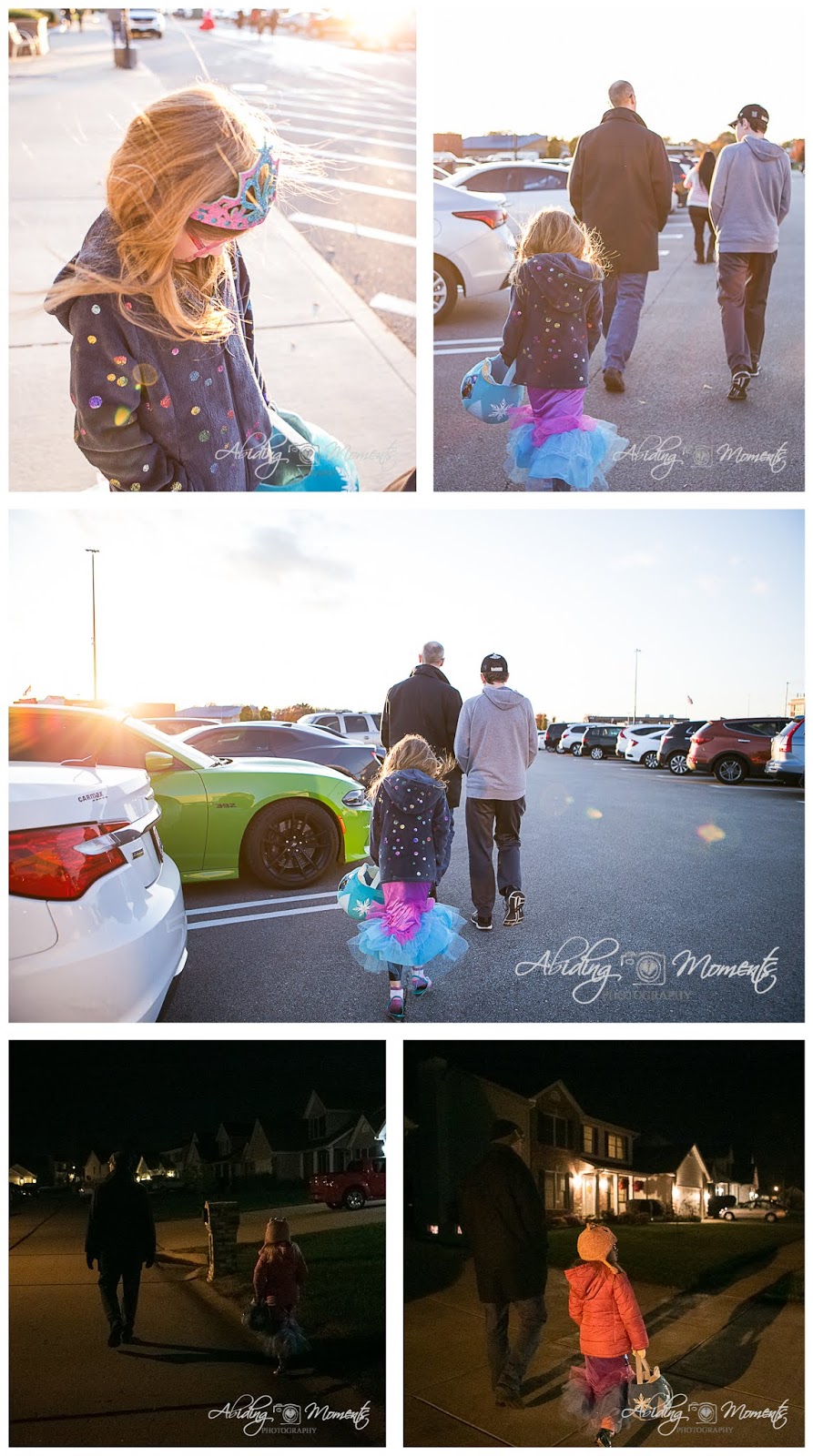 So, home we went.  We decided that we would try just our street.  It is pretty short and we hoped that it would give a good feel for the weather.  Of course, my husband had plans a brewing.  He talked Emma into "just one more" and before we knew it, we were on our way! 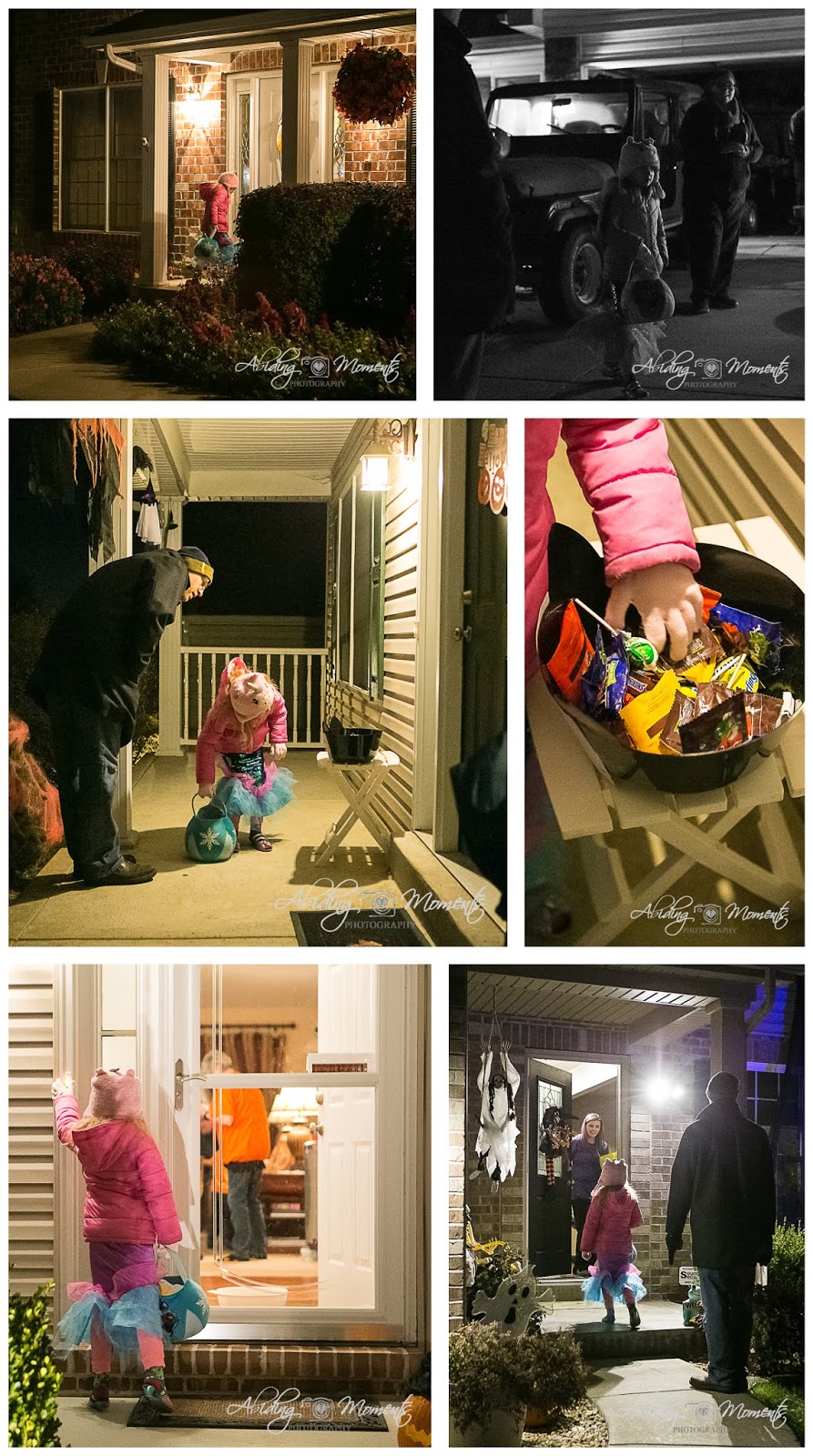 While we had a short time out this year, we still managed to make it to a well known cul de sac and some fire pits to help us warm up. 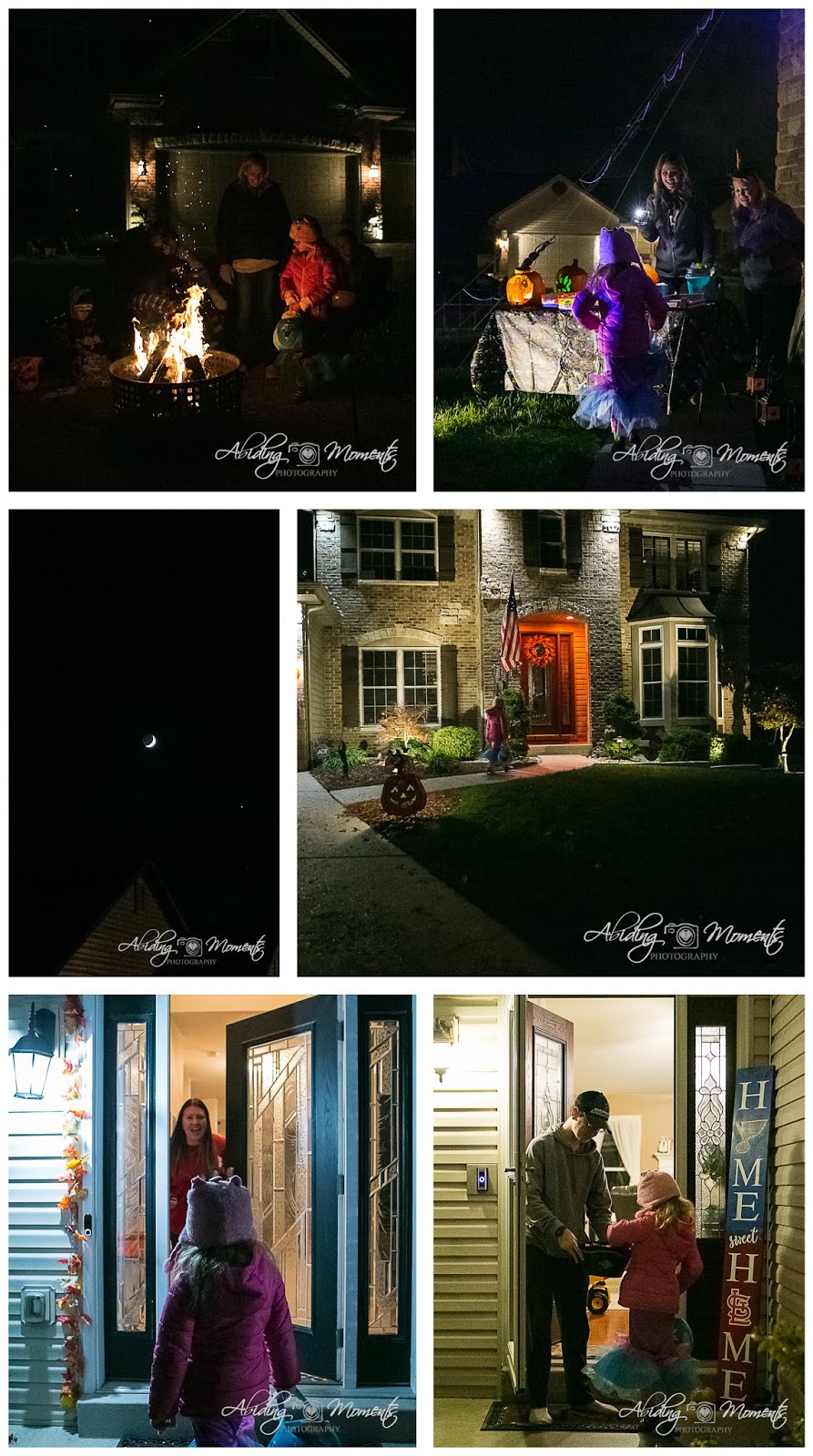 We even made it to a friend's house close by before turning back and making our last stop home.  While trick or treat isn't quite the same without the big kid along anymore, I think he has a good time passing out candy to everyone, so I still call it a win.  The bitter chill may have stopped us from showing off the fanciness of the mermaid costume this year, but it didn't stop our girl from stocking up on lunch candy for the rest of the season.